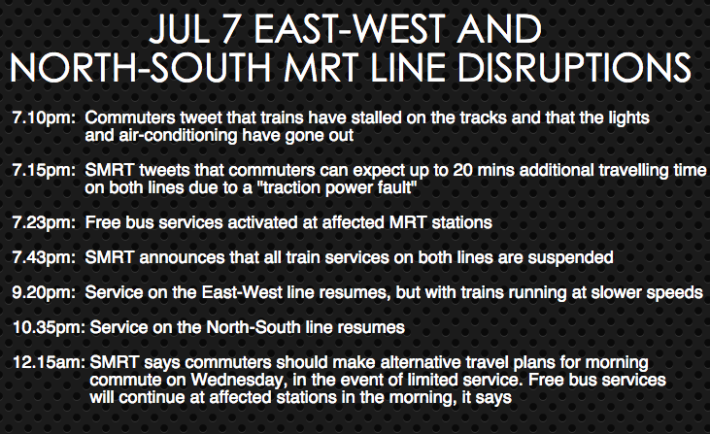 Singapore has always prided itself on being competitive. We thrive and prosper when we stay ahead of competition. To achieve this, the Singapore government has diligently invested large sums of money  and committed significant efforts to various productivity measures and educational initiatives.

One of the noteworthy productivity controls would be the reduction of lean waste, commonly referred to as DOWNTIME, which stands for Defects, Overproduction, Waiting time, Non-utilised or idle people, Transportation time, Inventory surplus, additional Motion to obtain out-of-reach materials and Extra-processing. The practice of lean principles has all along been championed by Toyota, the top-ranking automaker for the third consecutive year.

However, such conventional wisdom seems to have eroded with time when applied to the overall Singapore economy. An inordinate amount of time has been squandered through our increasingly unreliable public transportation system, draining productivity and crippling our competitive economy. Once reputed as an efficient train system in the 1990s, the bread and butter of our economy is no longer a boon but a bane to realising our productivity goals.

Nonetheless, all is not lost. We are still capable of living up to the titles of being the second most competitive city in the world and enjoying the second best quality of life in Asia. All we need is putting the following measures in place to adequately combat the next SMRT crisis, which requires resolve and political will across different agencies. 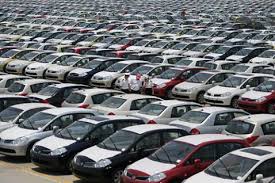 1. Maximise the use of PRIVATE CARS on the road

Yesterday’s disruption of train services on both the green and red lines “stranded” more than a quarter of a million people due to the inadequacies of the existing public transportation system. In particular, the bus and taxi fleets were insufficient to cater to the large crowd of passengers during the peak hours.

This is expected as the bus and cab populations are merely 17,509 and 27,695 respectively according to LTA as of 2013. This means given that the average bus fleet operated is 3,777 and if we assume all the cabs are in commission by individual passengers at a given time, each bus has to accommodate at least 59 passengers, which is not significantly less than the total passenger capacity of a single-deck bus.

Faced with such circumstances, it would thus be wiser for the private car population of 540,063 to pick up the slack. While taxis are profit-driven, private cars are more inclined towards cost-minimisation.  Therefore, for the future rail “disaster”, it would be in the shared interests of both private car drivers and commuters to exchange a convenient ride for a nominal fee. Probably $5 to $10, depending on the length of the ride?

The implementation process is simple. It could be as easy as putting up a sign on the windscreen or using a mobile app or a site to indicate the destination and pick up passengers on the way.

Nonetheless, this requires the exemption of legal hurdles stated in the “Road Traffic (Car Pools) (Exemption) Order 2015” as shown below in times of crises:

In Japan, passengers board the back door and alight at the front door. This may seem counter-intuitive at first but try thinking again. Japan is well-known for its legendary public transportation system which is uber-efficient and super-punctual. It is way past due to learn from our equally – if not more – developed cousin in Asia.

With the current door orientation, a common vexation in Singapore is that many passengers are reluctant to move to the rear as much as possible to allow more passengers to be able to board the bus. However, if passengers were to board the back door instead of the front door, they would be able to choose between moving to the fore or the back and thus the passenger load is likely to be more evenly spread out. Fortunately, this is a psychological issue that can be expediently rectified with an engineering tweak.

A (potential) survival guide for the next SMRT crisis was last modified: July 8th, 2015 by MoneyDigest