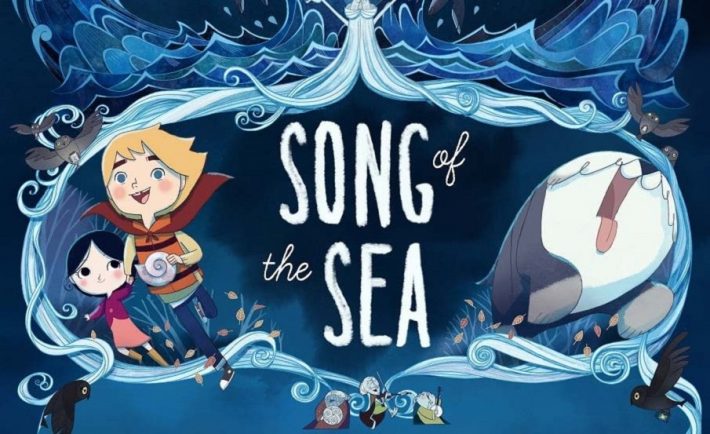 My preferred form of entertainment is watching movies and series. I consider it a way to put my spare time to good use.

One of my favorite movie media (I prefer to call it a medium, because that’s what it is.) is animation. People are quick to brush it off due to it being largely made for children.

But a mark of media maturity is accepting and appreciating the workmanship and skill that goes into these movies. These stories resonate not just with children, but with everyone!

Another good thing is that they work around narrative limitations. That’s something only skilled and talented people can do with the right amount of grit and luck.

Anyway, if you’re convinced, I’ll help you give animation a try. Here’s a list of good picks that you can watch with your family.

A 1998 animated film of Dreamworks, this movie is an adaptation of the story of Exodus from the Bible. This movie pulls no punches with its harsh, mature themes, and definitely does not talk down to its audience.

Even after 20 years, the 2D animation still holds up well. Every single aspect of this film is simply phenomenal: from the voice acting, to the art direction and the sound design, it hits all the right notes for an animated film.

And since it’s a musical, the music is amazing. From the heavy-hitting “Deliver Us” that throws you into the setting of the movie, to the gentle and powerful theme of the Burning Bush.

This is a movie that’s worth the watch, and deserves to gain more recognition due to the artistry, effort, and respect for textual accuracy. It also brings human themes front and center to make it resonate with many people, regardless of their faiths.

Song of the Sea was created by Cartoon Saloon, the same studio that brought you The Secret of Kells and The Breadwinner. All I can say is that studio is the Irish equivalent of Studio Ghibli, which is high praise indeed.

Song of the Sea is made with hand-drawn animation, a feat that’s impressive considering that animated films now often come in 3D animation. What makes Song of the Sea unique is that it has a story and aesthetics borrowed heavily from Irish folklore and culture.

The story tells of a young child named Ben who lost his mother while she was giving birth to his little sister, Saoirse (Sur-sha). Little did he know that his mother was a selkie, and so is little Saoirse, who needs to sing the Song of the Sea to help faeries go back to their world.

The themes of this movie focus heavily on loss and the grieving that follows said loss. It also deals with the harmful concept of bottling up your emotions to avoid managing them.

So if you ever need to gently explain the very human, yet difficult-to-deal-with emotion of grief to your kids, this is the movie that you should put on for them.

One of the best adaptations of The Little Prince by Antoine de Saint-Exupéry, this movie can be good for people who have their parents micromanage their lives to the point where there’s little air to breathe.

The main character has that problem as well, but she seems to do swimmingly with it, until she meets her next-door neighbor who tells her the story of the Little Prince, whom he met years ago in a desert while working as an aviator.

This movie covers the themes of growing up too fast, and teaching people what is essential.

Who knew that you’d bawl your eyes out from watching a robot voiced by Vin Diesel? The Iron Giant is one of those cult classics that are wonderful to watch over and over again.

The story is set in the late 50’s where the paranoia of the Cold War has begun to set into suburban America. A child discovers a giant robot that has lost its memories, and befriends it, but this comes with its own set of problems when a government agent appears and questions where it came from, believing it to be some kind of weapon.

This movie poignantly explains death and loss to children, and does so through Hogarth’s understanding: “Things die… It’s a part of life. It’s bad to kill. But it’s not bad to die.”

It also explores the theme of autonomy, and choosing who you want to be, regardless of where you came from.

Megamind is the only entry on this list that’s a 3D animated film, and there’s a good reason I saved this for last (but it’s not necessarily the least). I’ve always said that Megamind is simply a victim of being released at the wrong time.

That’s why it’s so criminally underrated: if it had been released around the advent of Marvel films, then it would have gotten the attention it deserved. This subversion of the superhero genre is jam-packed with fast-paced humor and a strong narrative.

This movie is filled with themes of nature vs. nurture. But what makes it so interesting nowadays is that the arc of the actual villain focuses on his unwanted advances and feelings of entitlement towards a woman.

This is something that has come into cultural focus, and Megamind was beyond its time (this was made back in 2010) for discussing such a delicate subject and being one of the first movies of that time period calling out such behavior.

This may be made for kids, but it never talks down to its audience, and it’s more appreciated by adults for its mature themes without resorting to vulgarity.

You can watch any of these picks on different streaming services. Or you can watch them on different devices. I, for one, recommend watching them on a flatscreen TV to immerse yourself in the experience.

To enhance the experience, an expert at TV Repair Singapore who is also an animation junkie, gave me advice on adjusting the color grade of my TV to make animation colors pop out.

I’ll share it with you so you can use it when watching the above films: since animation has a tendency to lean towards bright colors, he advises to lessen saturation and adjust brightness accordingly. Enjoy!

Underrated Animated Films That You Can Watch With Family was last modified: September 24th, 2020 by MoneyDigest