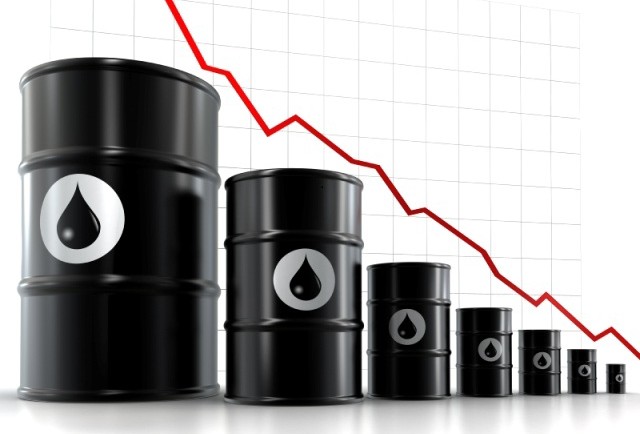 The black gold is without question, still one of the most valuable goods in the trading market. Many countries are dependent on the consumption of it, while other economies are entirely based on the selling of oil. When the oil price suddenly falls heavily, some people are getting extremely worried and others buy frenetically. In the last weeks and months, the oil price has been experiencing the biggest plunge since the mid-year drop in 2008. The price has currently reached almost half of what it still was June 2014.

Traders and consumers are not only buying, but also asking themselves how this drop came about and how it might affect the economy. Oil was already to run out in the 1970s and only expected to excel in price, if anything at all. The sudden fall of the oil price is not only unexpected, but also creates a certain anxiety – is it the first sign of a collapsing economy? Looking more closely at the events, one can learn a few things.

Firstly, the world is less dependent on American and Middle-Eastern oil than one might have thought. In September the U.S. Energy Information Administration has reported the highest monthly production rate in 28 years. On the other hand, Europe and China are buying less oil, as the demands shifts to gas and renewable resources. The supply has increased and the demand decreased, hence the price fell.

When the price for oil was high, economists blamed the American government for slowing down the economy as subsequent high gasoline prices damaged shipping, trade and travel. Now that the price is low, the same voices expressed accusations towards the same government for bringing a decline to the oil industry. Areas in Texas and North Dakota, in which the oil industry is a heavyweight, fear job cuts, as the production of oil might need to be reduced to stabilise the oil price.

If both high and low oil prices are bad for the economy, then when is it good for the economy? The truth is that the oil price alone is not responsible neither for a flourishing nor for a stagnating American or international economy. Neither is the president nor the government directly responsible for the fluctuation of the oil price. Morgan Stanley predicts that the price can even further drop in the beginning of the New Year. Fact is though, no matter whether high or low oil price, there will be benefiters either way. The world economy surely is related to the oil price. However, some critics wrongly believe that the falling and rising of the oil price regulates the international economy – it is the other way around.

Related to the problem of the falling and rising of the oil price is the issue of government regulations. The question is whether it is necessary and beneficial to regulate the drilling for oil and the oil market itself. Once again, there are critics arguing both ways. Furthermore, there have been regulations in place both when the oil price was rising and falling as it is now. Every time again the market has regulated itself. ‘How come?’, one might ask. It is due to one of the oldest economic principles – demand and supply.

Oil is a good that can be traded. However, it is often treated just like a currency, which it obviously isn’t. Regulations surely can have an effect on a good being traded, but in the case of oil, the market will regulate itself. The current decrease of the oil price is such a self-regulation. Softer or stronger restrictions on oil drillings would have had only a small impact – considering the entirety of the world market and trade movements. If the government hadn’t restricted drillings, the price would have dropped perhaps faster, but it couldn’t have been prevented.

The black gold isn’t any weapon or tool that can be used to stir the economy into a particular direction. Oil, no matter whether coming from the US or the Middle East, is subject to the market. If the supply is surpassing the demand, the price will simply go down – period. The only question remaining is, whether critics in awe of economic regulations will understand it.

The oil price will mainly remain a victim to demand and supply. However, there is another lesson to be learned. If China and Europe keep cutting down on their need for oil, the self-regulation of the oil market might result in a downward spiral in the long run. If the demand for oil will continuously decrease, the production and drilling will eventually do the same. The industry tends not to react to short-term movements, such as the current one. However, there is a good chance that the demand will not pick up, which will result in cutbacks.

What does that does? The American economy is not entirely based on the production of oil. However, it is one of the biggest industries in the country. Although the U.S. consumes plenty of oil by themselves, the cutback in international demand can have a significant effect on the industry. Therefore, it is relatively safe to consider a reduction in oil drilling in the long run. This is not only due to a lack of demand, but also because the benefit margin in the oil industry will become increasingly thinner than it already is, due to high and continuously increasing production cost. Not only are subsidies being given to renewable energies, but also the infrastructure of the oil industry will not survive another renewal.

There is, however, one counterexample, which is the arms industry in the United States. The oil industry in the U.S can be compared to the arms industry. The latter is a major player in the American economy, but for a substantial part kept alive due to the government’s own spending in arms. Therefore, plenty of jobs are being maintained because the United States is at war. Only if a similar scenario will occur within the oil industry, there will be a chance for the long-term security for the industry.

What to learn from the sinking oil price? was last modified: December 23rd, 2014 by MoneyDigest