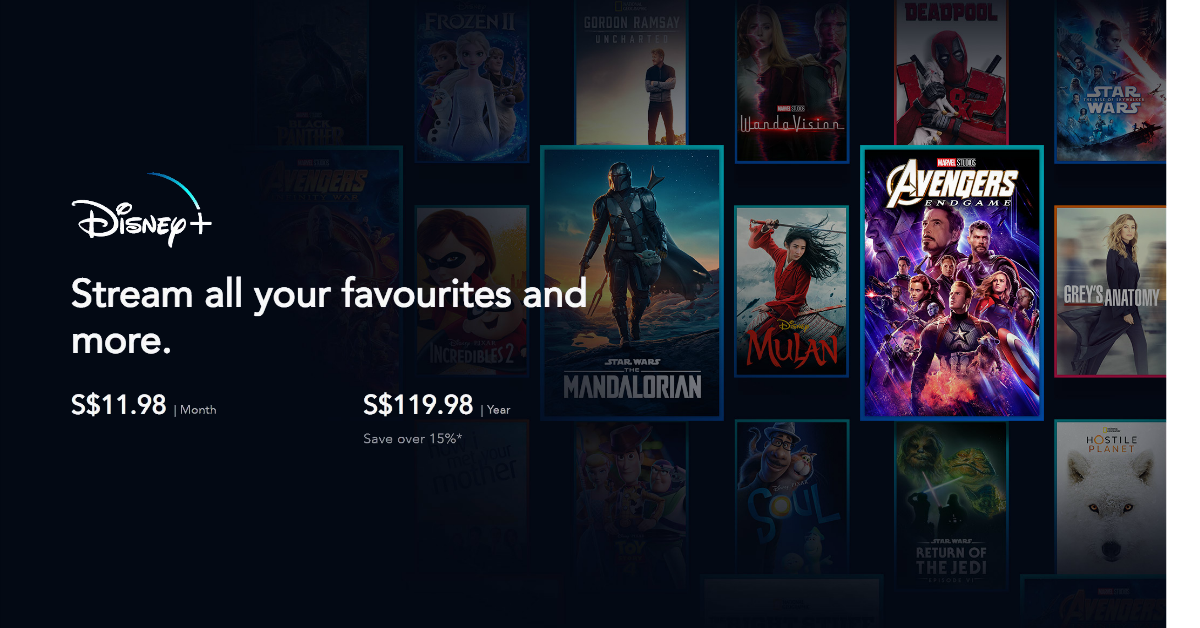 The much-anticipated streaming service by The Walt Disney Company is now launched in Singapore and it is ready for sign up from today, February, 23.

Disney+ is the latest on demand video streaming service to be available to viewers in Singapore. It will feature over 650 films and 15,000 episodes of content from 6 Disney content brands – Disney, Pixar, Marvel, Star Wars, National Geographic, and Star. It offers thousands of hours of entertainment for all ages, all in one place.

Subscribers can stream videos 24/7 from their favourite titles such as The Mandalorian, WandaVision, Avengers: Endgame, Lady and the Tramp, Frozen II, Raya and the Last Dragon and many more. 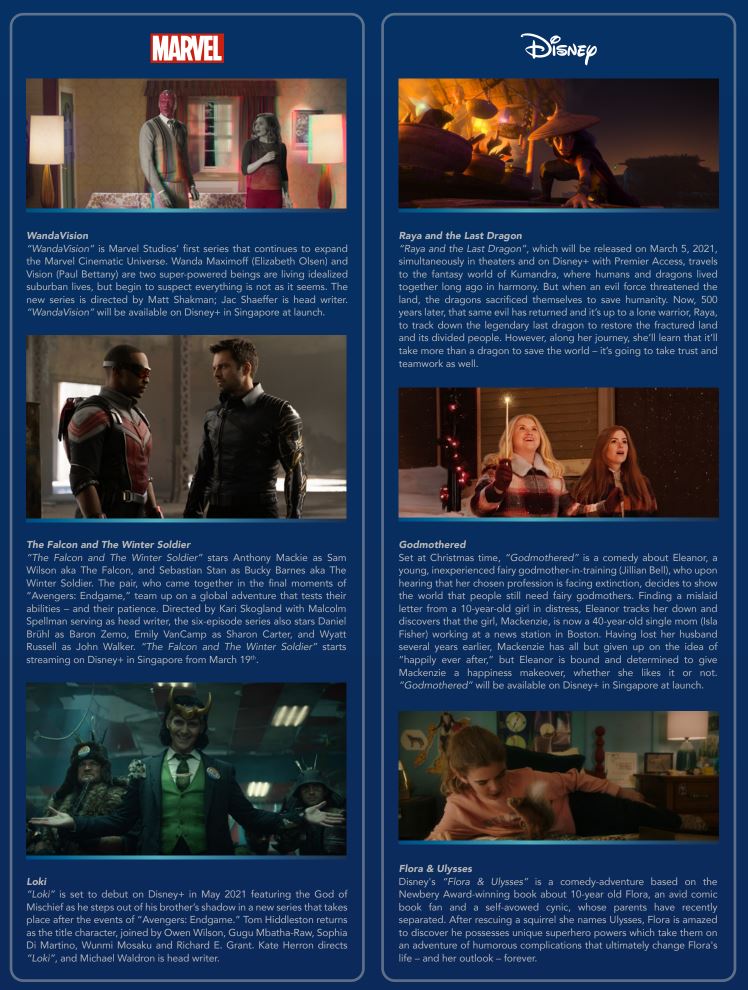 Catch The Mandalorian, the new Star Wars series that stars Pedro Pascal as the title character. 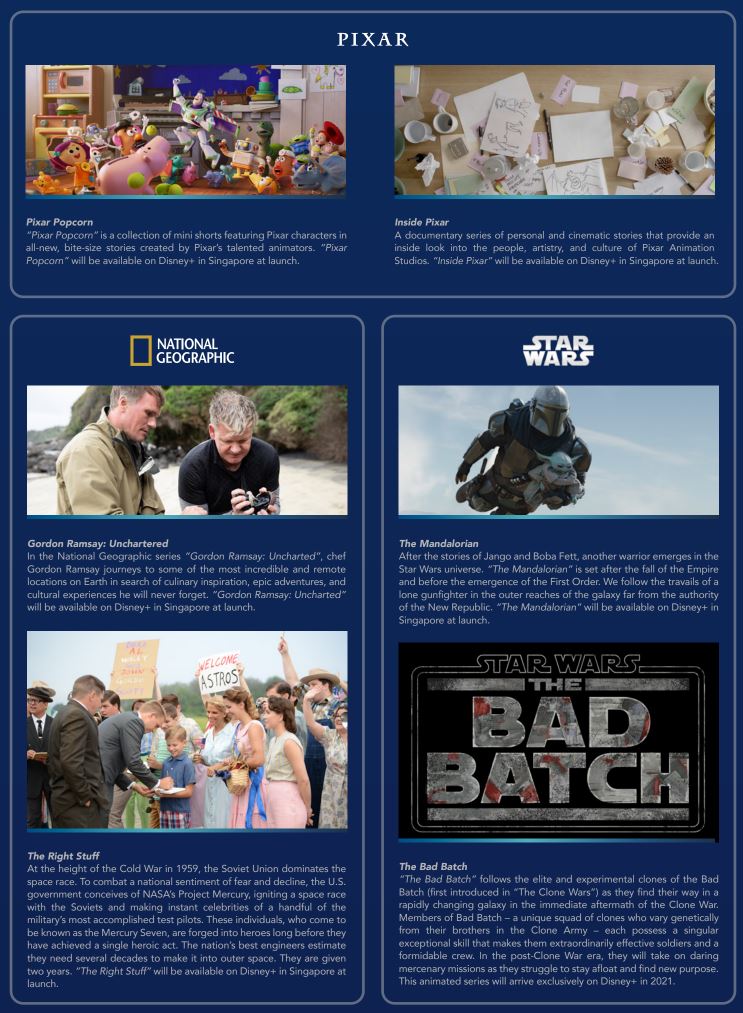 Grey’s Anatomy, How I Met Your Mother, Prison Break are among a number of shows that will be available on Disney+. 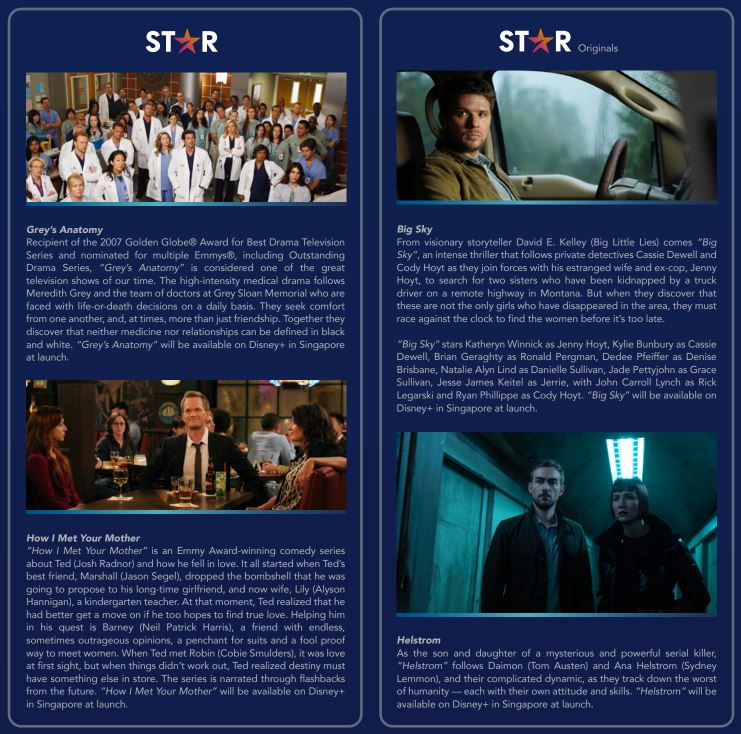 Disney+ will be available to stream on most devices such as mobile devices, desktop browsers, game consoles, set-top boxes, and smart TVs. 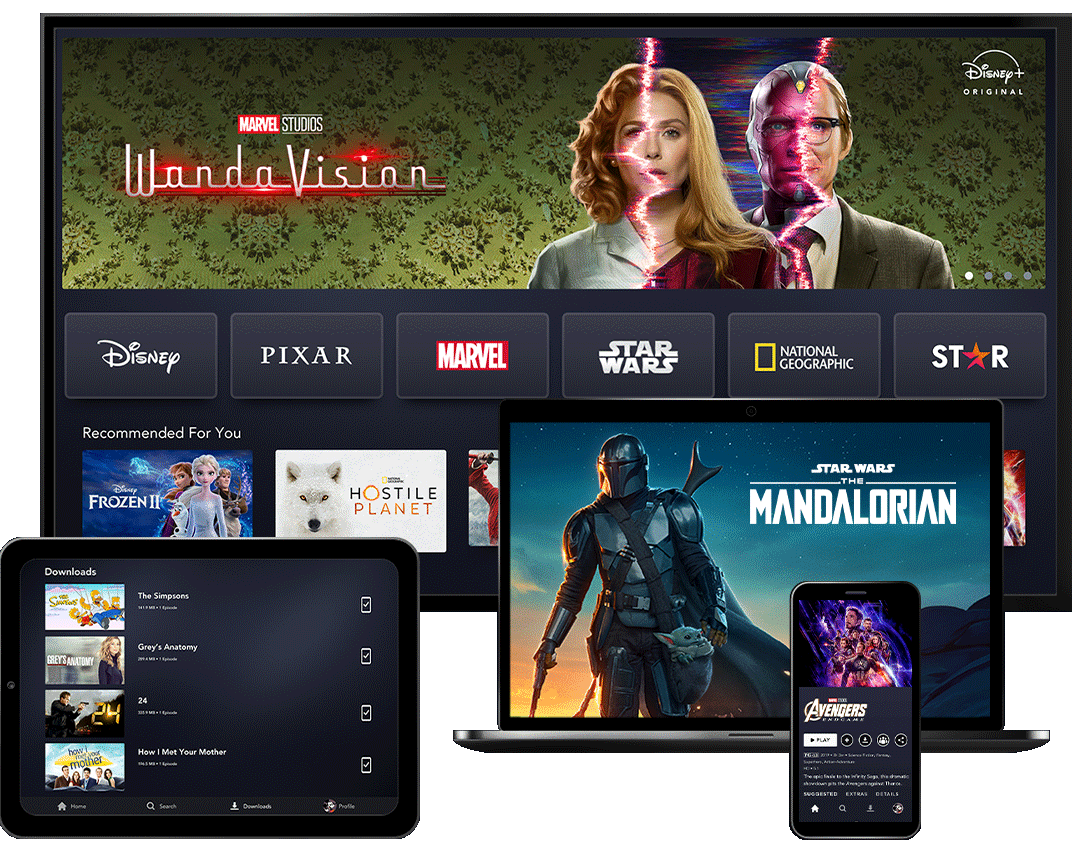 Prices start from as affordable as S$11.98 a month or enjoy a savings of over 15% when you subscribe at S$119.98 a year. The subscription lets you run up to four concurrent streams, unlimited downloads of content on up to 10 devices and seven personalised user profiles.