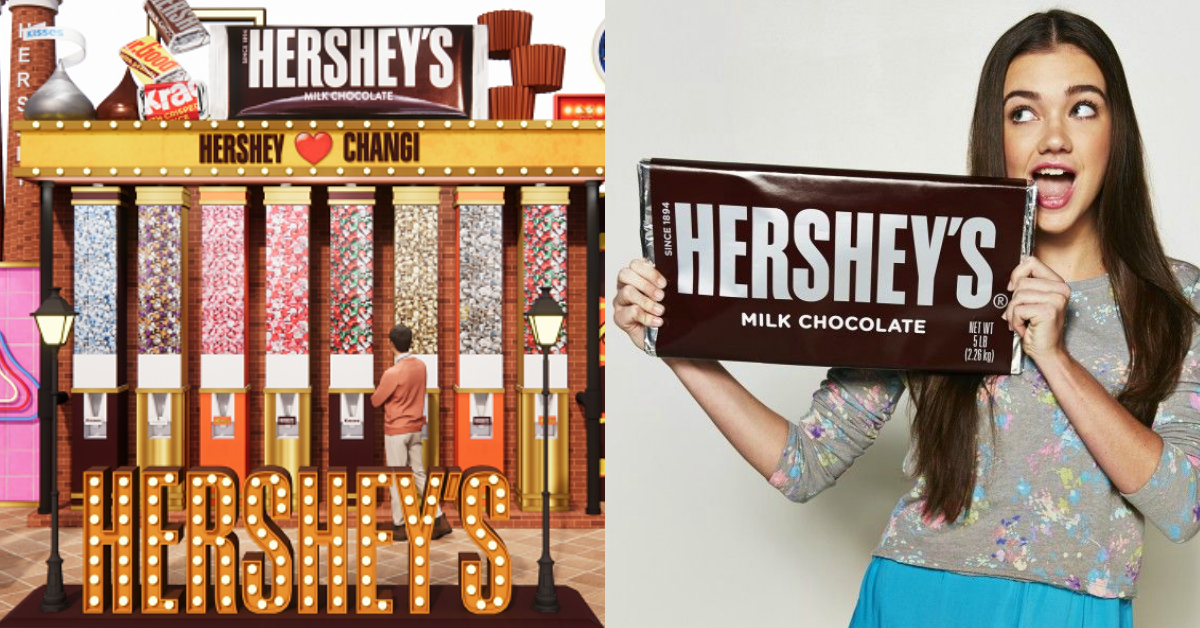 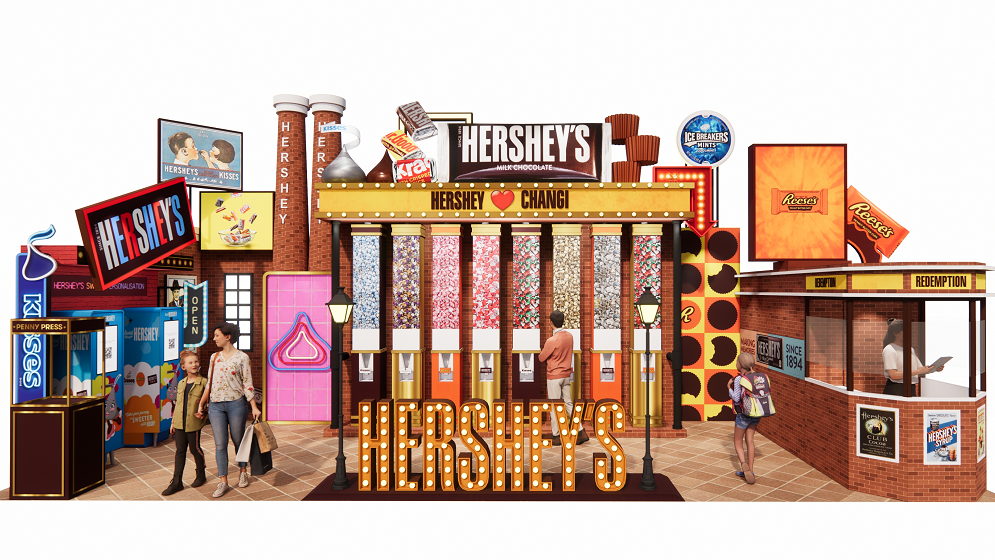 You don’t have to travel to New York’s Times Square to visit the iconic Hershey’s Chocolate World store. Changi Airport Group and The HERSHEY Company have come together to bring you the Amazing Chocolate Machine right here at Changi Airport! The 3-metre tall machine will feature 8 different HERSHEY’S chocolate flavours in each dispenser, with 3 new to Changi flavours.

Grab limited-edition premiums when you spend S$60 (S$80 for supermarket) in a single same-day receipt, at participating outlets in the public areas of Terminal 1 and 3.

Tip: Spend with Mastercard to redeem an additional set of HERSHEY premiums.

Head over to the Hershey’s Pop-up Store at Basement 2 of Changi Airport, Terminal 3 (opposite Kopitiam) to purchase limited-edition HERSHEY’S chocolates including the World’s largest HERSHEY’S Milk Chocolate Bar and HERSHEY’S KISSES Milk Chocolate candy that weighs a whopping 5lbs (2.26kg) and 1lb respectively!

Redeem a limited-edition HERSHEY’S Bear when you spend a minimum of $60 in a single receipt at the pop-up store. You can also use the same receipt to redeem other exclusive premiums from the HERSHEY’S Amazing Chocolate Machine.

The pop-up store operates from 11am to 10pm daily. 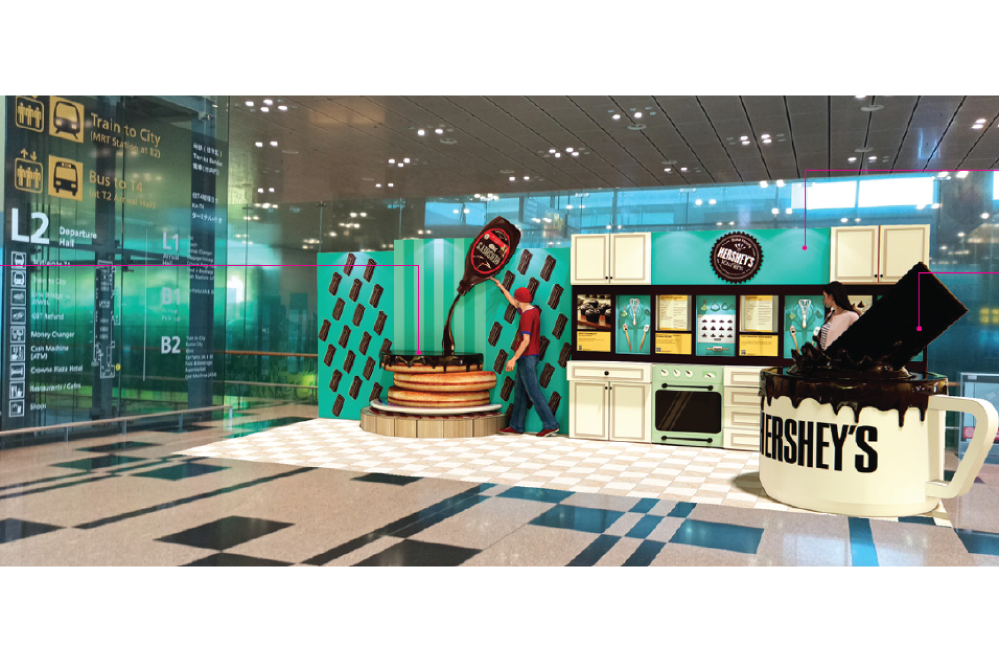 Shoppers will also be able to take photos with giant HERSHEY’S installations around Terminal 3 of Changi Airport. At T3 Departure Hall (next to the link bridge to Jewel), take picture of yourself posing in the HERSHEY’S Kitchen with a huge cup of hot chocolate serving as perfect backdrops for your photos and IG. Want more? Check out REESE’S SPOT at T3, ST3PS Basement 1 where you can witness a giant Reese Peanut Butter Cup.