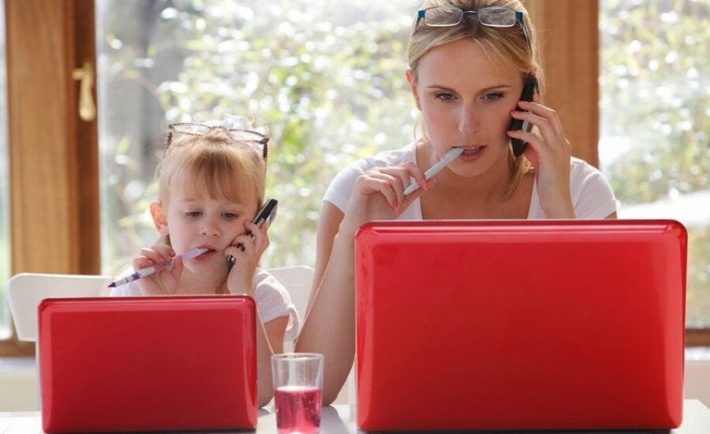 In the year 1961, renowned psychologist Albert Bandura carried out his trademark Bobo doll experiment on behavioural models. Here, a group of students were exposed to a group of grown-ups physically and verbally abusing a Bobo doll. The students were then provoked with a negative situation and their behaviour observed. Soon enough, the experimenters observed the children punching and abusing the Bobo doll, mimicking the nasty behaviour they had just noticed. In contrast, another group of students who had witnessed non-aggressive behaviours did not engage in such aggressive acts.

Bandura’s Bobo doll experiment paved the way for his much-acclaimed social learning theory, emphasising the significance of “role models” in a child’s life. Bandura’s observation that children model – or mimic – adult behaviour has led psychologists to study the converse of this study, i.e., the role of positive role-models on children’s behavioural patterns. Therefore, for parents and teachers, it is necessary to mind language, action and other behaviours in front of children.

Let us look at some ways in which positive adult role-models significantly mould students’ behaviours:

When children observe an adult’s positive behaviours and look up to them, they also tend to rely on them for emotional support. They feel free to express their emotions to such adults and may open up to them even when they sense any impending threats. Over time, positive role-models tend to provide children with a comfortable space where they can voice their feelings without being judged.

Children take their cues from the adult, and if you are attentive when listening, instead of cutting off the child, or engaged in your smartphone, the child will stop sharing.

2. Windows to the Social World

Human beings are social animals who rely on one another to create their support-systems. Behaving in socially beneficial ways can help them establish healthy relationships and contribute to their social well-being. Positive adult role-models allow children to distinguish socially relevant behaviours from the potentially harmful ones and thus live in social harmony.

Manners and mannerism both are inculcated from a young age, and hence, it is important to help a child maneuver good and bad behaviours.

3. Confidence Boosters in a Topsy-Turvy World

In a world that continually challenges our resilience, positive role-models can restore a child’s confidence and foster hope. Such an adult can explicitly and implicitly motivate children to never give up on themselves and work on their self-esteem. For example, teachers and counsellors at reputed primary schools in Punggol and other prominent cities help students deal with major issues like bullying, negative self-image, and stress.

Here, we go back to the first point. It is important for the child to know that they are adults who listen to them without judging. it will help them to reach out at the earliest.

4. As Motivators to Constantly Push the Envelope

At times when students feel demotivated or confused about their true passion, adult role-models can help them realise their potential and work towards achieving their goals. They encourage students to shed their comfort zones and “shoot for the moon to land among the stars”. Indian schools in Singapore and other such educational hubs offer diverse extracurricular and co-curricular activities that accommodate different areas of interest.

5. Sounding-Boards and Advisors During Trying Times

Sound advice when asked for can considerably change one’s direction in life for the better. Adult-role models provide such timely advice and guidance, enabling students to pick the right path and steer clear of danger. Since students recognise that their role-models have only their best interests in mind, they would typically hold their advice in high regard.

Again, it is important to create a safe space. A child should know that all the fears and shame they share will stay with the adult and not be spilled to other children.

Besides the much-needed appreciation and encouragement, every human-being, including every child, also requires someone to point out their mistakes objectively. Adult role-models provide students with constructive criticism, offering practical solutions to counter their weaknesses.

7. Mentors for Figuring Out the Future

Students are often confused about what courses to take up post their matriculation. While taking aptitude tests helps them gain better clarity, personal touch to the whole process can help students find their niches.  Positive role-models provide a holistic perspective to such students by enabling them to consider their various options.

Never dictate to the child. To the child, it may come across as a non-verbal cue of doing one thing without considering the other. Instead, encourage them to take informed decisions.

Children often tend to emulate the adults they observe around them. As a result, positive role-models help them to develop into well-adjusted, sensitive and mature human-beings who can distinguish the right from the wrong. A role-model may practically be any adult they frequently interact with – parents, teachers, counsellors, other caregivers etc. Top international schools across the globe consist of teachers and counsellors who not only preach but also model the expected behaviours for children to imbibe.

Why a Positive Role Model is Necessary for Primary School Students was last modified: January 23rd, 2021 by MoneyDigest