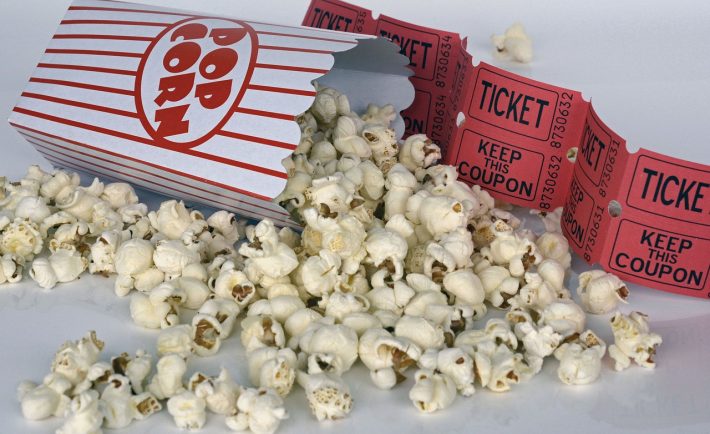 Money is all around us. Thus, it comes as no shock that this subject sparked the imagination of countless screenwriters. Their works either graced the small or the silver screen. Many movies surrounding money or finance creates dramatic performances and universal themes. You could learn a thing of two from these films.

Without further ado, here are some “money movies” that are actually worth your time…

THE IMPORTANCE OF CREATING AN EMERGENCY FUND

Several articles I wrote stressed on the importance of establishing an emergency fund (e.g., Clever Ways To Build A Sufficient Emergency Fund). Widen your understanding by perceiving life through the lenses of George Bailey.

One of the most beloved films of all time, “It’s A Wonderful Life (1946)” teaches us about the effect money can have over us. Its follows the journey of George Bailey who led a seemingly perfect life in Bedford Falls. He was the head executive of a local financial institution – the Bailey Bros. Building and Loan Association. Everything changed on a Christmas Eve when an employee lost the $8,000 bank deposit. George had to face serious criminal charges for embezzlement. The financial crisis took a toll on him and he contemplated suicide.

If George set up an emergency fund, his financial crisis would have been alleviated significantly. An emergency fund aims to cushion personal financial dilemma such as bankruptcy, unemployment, or theft. He was a thrifty individual, but he did not consider to pay himself first.

Realistically speaking, chronic stress is a possible reaction to monetary woes. Do not hesitate to seek professional help when necessary.

THE FRUITS OF DETERMINATION

Pursuit of Happyness (2006) holds a special place in my heart. I would never forget the quote that Will Smith’s character delivered. He said: “Don’t ever let someone tell you, you can’t do something. Not even me. You got a dream, you got to protect it.” Naysayers and jealous people are inevitable in a competitive field such as ours. Not letting them get in the way of your success is just one moral lesson in the movie.

The movie beautifully paints rags-to-riches tale. Will Smith portrays the character named Christopher Gardner. Christopher was a salesman who struggled to make ends meet for his family. The height of their financial crisis led to the abandonment of his son. Against these depressing odds, he maintained a positive outlook. He took an unpaid internship to become a stockbroker. He would make about 200 calls a day! His determination and persistence shined through. These two factors are vital, if you want to thrive in life.

Christopher’s ability to find solutions in the face of financial adversity is truly inspirational.

THE EFFECTS OF GREED

The 1987 Wall Street flick conveyed the superb message that every dream has its price. The story centers on a young, desperate, and impatient stockbroker who is willing to do anything just to reach the peak. He was willing to step on his integrity to gain power. The characters embodied that greed is good, is right, and is necessary.

Let us define greed (pertaining to wealth) first. Psychologists have a definition for excessive love of money. They stated that it is about needing money for its own sake. Contrary to the need for money to satisfy personal and social goals. Greed, for the lack of a better term, is bad.

You are likely to commit mistakes, the more you are emotionally attached to money. You develop several biases when you are clouded with greed. For instance, “money lovers” were more likely to believe that savings could wait. Oh! Talk about not building a nest for the golden years.

This movie may be a classic, but its lessons are still relevant today.

Learn About The Essence Of Money By Watching These Films was last modified: March 28th, 2017 by Anna Agoncillo