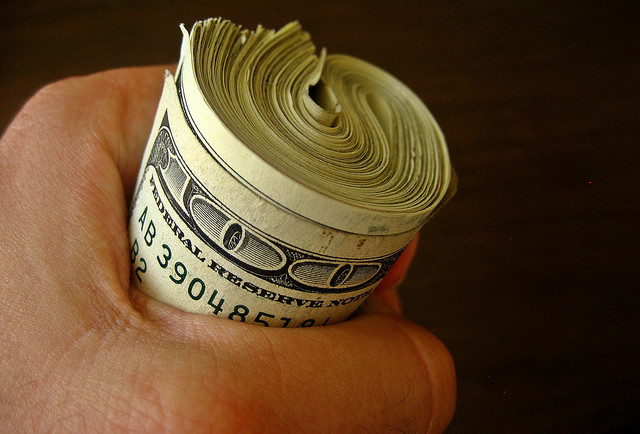 When making an investment, one wants it naturally to be safe. Most investors make their moves only with secure projects that seem unshakable. Some even prefer investments that potentially generate less but are secure than investing in a something that is shaky but could be highly profitable in good circumstances. Surely there are investments, which are stable and generate a favourable income. However, as the international market grows increasingly interconnected, more and more investments and business areas can be effected by daily fluctuations and financial breakdowns. There is one question that rises – how can one be sure that one’s investments are safe?

When the international housing bubble erupted, plenty of people lost their money. However, many more questioned whether their investments were safe or were as well danger. These questions aren’t easy to answer, as obviously each area of investment is different. However, there are a few things to be kept in mind. First of all, the location of your investment is key. It can depend on the country whether your investment is protected or not. For example, if you have savings in the UK, you are covered up to £ 85.000. In case your bank goes bankrupt or fails, your savings are covered up that amount of money. This is however not straight forward, as not all banks in a country are regulated by the same. If you have obtained an account at a foreign bank, you may want to check whether your account is also regulated in your country. Foreign banks may be subject to the controls and regulations of the country of origin.

Although banks have created protections for the accounts of their costumers, it doesn’t mean that each account is safe. In most cases one has a certain protection sum at one particular bank, not for each account at the same bank. If you have a larger amount of money deposited within several different accounts at one bank, it is very likely that one is only protected for a total amount. If one demands better security for the funds, one should shift the savings to different banks. Having one’s savings distributed among the accounts of different banks, one feels surely safer and less paranoid, especially if one fears the next global economic breakdown coming soon.

Having understood these protections schemes and knowing where your money and investments are located, one has taken the very first step to save one’s earnings. For obvious reason, different countries and banks have also varying protection programmes and regulations. Having savings distributed among several accounts, it allows you to freely move the money when needed. In the case of an international crisis or any similar event, the accounts in the various countries are differently affected. This provides the chance to move the funds as desired.

However, one should also know which banks are vulnerable and which aren’t. Keeping one’s funds within the FSCS, the Financial Services Compensation Scheme, one can provide further protection and security. Furthermore, it is important to know who owns the banks in which you have deposited your money. Your bank might have been bought or is owned by another superior bank that could be more vulnerable. Therefore, one should be aware of who owns what bank. Changing owners within the banking system isn’t an uncommon procedure and can sometimes happen faster than one tends to believe. In case you are for some reason not able to distribute your money among different banks, you should consider a joint bank account with your partner, as those are usually covered to higher amount. As the amount can vary though, you should check for the details with your bank.

Many people prefer to keep their money in an offshore saving account, as the interest rates are there significantly higher as with normal banks. Considering the collapse of the Icelandic bank Icesave in 2007, one has a very recent example of large amounts of offshore money that can disappear extremely fast. In any case, banks often don’t require the account holder to live in the country in which the account is situated. Therefore, it is advisable to research the country with the personally most favourable conditions. As different countries have varying amounts and limits that are protected, one can choose and customise one’s own saving accounts around the world. Wherever you decide to keep your money the £ 85.000 limit is a good guideline for an account. If this limit seems for some reason implausible, than one should try to separate one’s saving somehow. Although the limit of approximately £ 85.000 cannot be met, any cut and division will be a further protection.

If one is really scared of another collapse like in 2008, then one should really obey to this limit. The reason is that the governments, which mostly have to deal with the consequences, will prefer a bailout than payouts. Therefore, the FSCS compensation scheme protects certain amounts, but nothing beyond that. In most cases, the governments cannot afford that a bank goes bankrupt. It is often cheaper and more convenient than if a failed bank is saved with public tax money – even though this is not understandable to most of the population.

Another alternative is state-owned banks. However, not every country has this kind of luxury. One has often the chance though that one can use a state-owned bank in a country, which one isn’t living in. State-owned banks have however the advantage of being the first one to be rescued in the case of a heavy situation. If one has money abroad with a state-owned bank, one can relax in most cases. Surely not all state-owned banks are the same. For obvious reasons one should choose a democratic country as well as a bank that really is regulated as a state-owned bank according to international standards instead of a few questionable individuals.

Personal savings and investments surely are tricky issues. Although the international market is more vulnerable than ever before, it doesn’t mean one needs to submit one’s savings to luck. The distribution of wealth between several different accounts is often a stable solution.

* (In Singapore, we are protected by the Singapore Deposit Insurance Corporation, or SDIC, of up to S$50,000)

How to check if your savings are safe was last modified: December 29th, 2014 by MoneyDigest