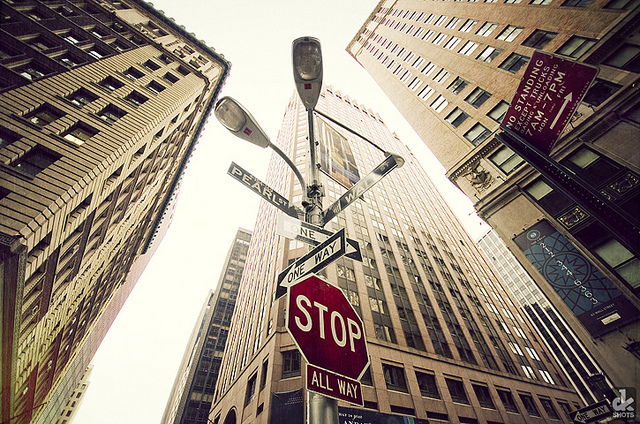 The Christmas holidays and the New Year are over and 2015 has finally arrived. But what does that really mean to an investor? Is there any effect at all? Public holidays always create a little turbulence in the market – no matter where and what the holiday is about. This effect can be positive or might have negative influences on the stocks. However, it is important to understand these disturbances and use them to one’s advantage. Reading the market correctly can bring an investor advantages – however, not only for a few trading days, but for the entire year. The movements of the stock exchange before and after the New Year can give indications for the months to come.

The swinging of the stock market around the New Year is also referred to as the January effect. One can generally say that the market and many stocks are going up during the month of January. This is due to the sudden increase of the amount of investors buying stocks. One might naturally question this tendency as pure chance. However, it is statistically recorded that stocks are being bought in January and especially during the first five trading days of the New Year. The question is – why is that the case? It has to do with tax-loss selling. Investors tend to sell those shares that are not bringing any money in the very end of December in order to counterbalance capital gains that have been made during the year. Therefore, the stocks that have been sold in the old year will be at a discount price of their actual value during the first trading days of the coming year (2015). This will trigger a bargain hunt within the first week of trading in 2015. The effect is increased buying pressure in the market. This tendency holds for most markets – no matter whether New York, London or Tokyo. However, the extent of the January effect can vary from market to market.

One should be aware of the fact that the January effect is a mere indication and not a rule. The effect is purely created by the desire to create tax losses in the end of the year. However, investors are starting to use different schemes, such as tax-sheltered retirement plans, to balance their accounts and enjoy tax reductions. For that reason the sell-off can occur in a reduced measure. It however does happen. Bargain hunters should therefore pay attention to whatever was sold off during the last trading days in 2014. If one wants to attempt a profit, one has to look for risky shares and securities. These are mostly sold off in December and are therefore available at a low price. The opposite happens during December. The demand for lower risk securities, such as government bonds, is driven up. Investing early enough into these lower risk securities can potentially generate a substantial increase in value. The art of benefiting from the New Year swing at the stock exchange is connected to front-running the effect. Although the extent is impossible to be predicted precisely, the shift and the tendency are undeniably occurring.

How can the swing predict the tendency of the year and how to read it? As every market has of course their indicators, one cannot make a general prediction for the entire world economy, but has to watch each market individually. For example, the indicator for the US market is the S&P 500, which is the American stock market index. Statistics have shown that if the S&P 500 has a positive gain within the first five trading days of the year, the chance that the American stock market will increase for the rest of the year are extremely high. Similar tendencies and statistics hold for other markets too. Wanting an indication or prediction for the rest of the year, one has to monitor the stock market index. The benchmark index for the Singapore stock market is for example the Straits Times Index. Other important global indices include the S&P 50 for Asia, the DAX for Germany and the Nikkei 225 for Japan.

There are few things to be kept in mind. The January effect tends to be weakened when there is an ongoing recession. As various markets suffer differently from poor economic situations, each market stands for itself. If the American economy is in a recession, it doesn’t mean that the Singaporean economy is instantly affected. The same holds for predictions. These however are important for the January effect. It generally holds that if there is a recession, the January return will be reduced. Furthermore, the extent of the January effect also depends on the institutional investors, such as portfolio managers. As they are responsible for a large extent of the trade, the decisions of the portfolio managers can sway stocks one way or another. Usually if the prediction for the coming year is positive, they tend to invest large amounts in risk security within the first few trading days of the year. The same is true the other way around. Negative economic predictions will keep institutional investors from buying. Therefore, the opinions of these investors can heavily affect the January return.

First of all, the New Year does have an effect on the stock exchange like other holidays as well. However, the effect and the potential benefits are larger than with other holidays. Although the New Year will most likely not be the coup of the country, there are profits to be made. If the January returns are positive, they are usually strong. However, they are not guaranteed. When investing within the first month of the year, one should consider various points. The most important factors are the general prediction for the economy for the coming year and whether there is a recession ongoing. In case both are positive, one should pay attention to the stocks being sold off heavily in the end of the year. These stocks will most likely be available below their real market value when trading resumes in the first week of the New Year.

What effect does the New Year have on the stock exchange? was last modified: January 1st, 2015 by Peter Schimke

View all articles by Peter Schimke