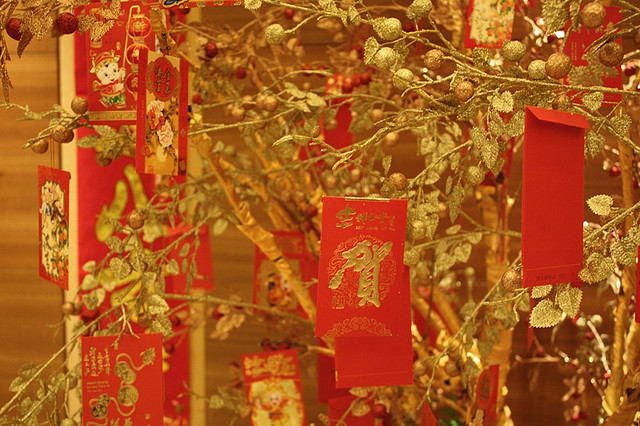 The festivity of the Chinese New Year is about a month away. Abundant food, family reunions, and little red packets called “Ang Bao” will grace Singapore once again.

These red packets are usually given during social gatherings such as weddings or the holidays. Its color embodies “good luck” that is supposed to ward off the evil spirits.

Married couples usually give these red packets to single people (e.g. children or work colleagues). Its history is rooted from the Chinese belief that you achieve the “adult status” once you get hitched. So, the newfound status comes with the privilege to distribute “Ang Baos” to those who still remain single or are younger. 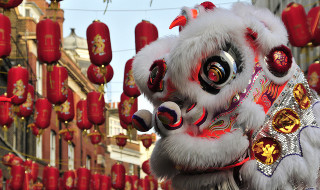 Since Singapore is a mixture of different cultures, we as a nation have created practices centering “Ang Bao” gifting. It is not uncommon to have marriages between two different races, leading to traditional practices being modified or ignored. But aside from the Chinese, Vietnamese, Japanese, Filipinos and South Koreans have similar customs.

A simple survey on TheAsianParent Facebook Page showed that readers usually give out S$2- S$80 to children in 2014. Furthermore, “S$4” was avoided due to its similarity to the word “death” in many dialects.

Ultimately, PerfectWeddings.sg showed that economy and income status affects the money given. During good economy, it was common to receive “Ang Baos” with a minimum of S$6 each for children but economic recession urged its reduction to S$2 each. Since, economic downturn affects the whole country, there was no judgment in the amount you give.

To help you find the right amount to give…here is a concise “Chinese New Year Ang Bao Market Rate 2014” chart by PerfectWeddings.sg : 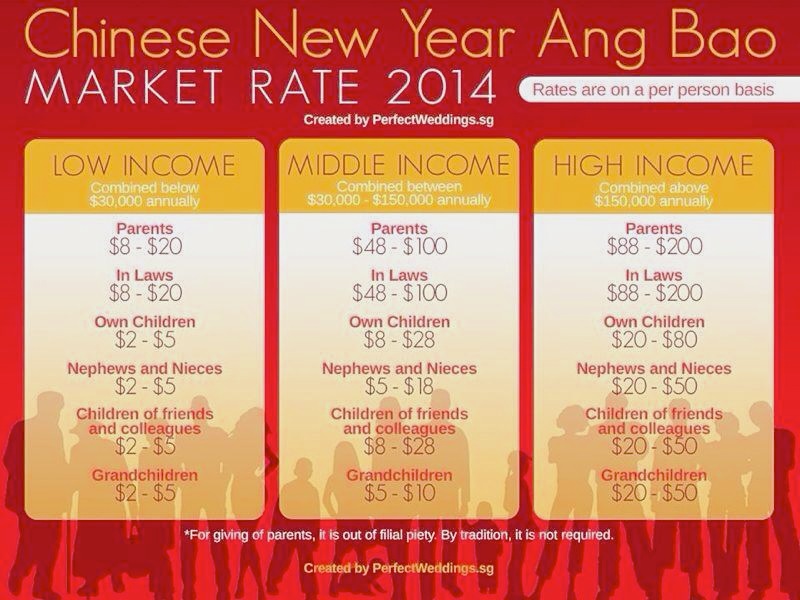 As you can see, a red packet containing a minimum of S$2-S$20 is common to give for children, while it ranges to about S$8- S$88 for parents. Your in laws will not take it against you if you give them S$88 in the New Year. Lastly, you may give the same amount of money to your friends or colleagues’ children as you did with your own children.

How Much “Ang Bao” Money Shall You Give This Chinese New Year? was last modified: January 24th, 2015 by Anna Agoncillo