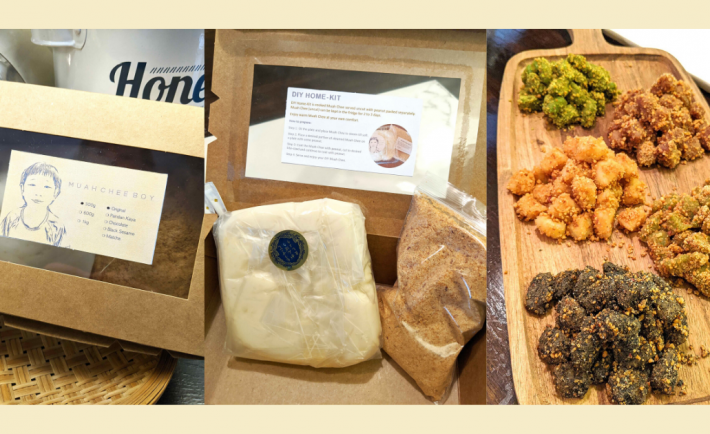 No pasar malam? No problem. The new local business is here to save us from our muah chee cravings. But, even better. This is because there are unique flavours like matcha, black sesame, chocolate, and pandan kaya to choose from. For those who are team originals, the original flavour is available too. Let’s dive straight into the new name in town – Muah Chee Boy.

#1: THE CHEF BEHIND THE BRAND 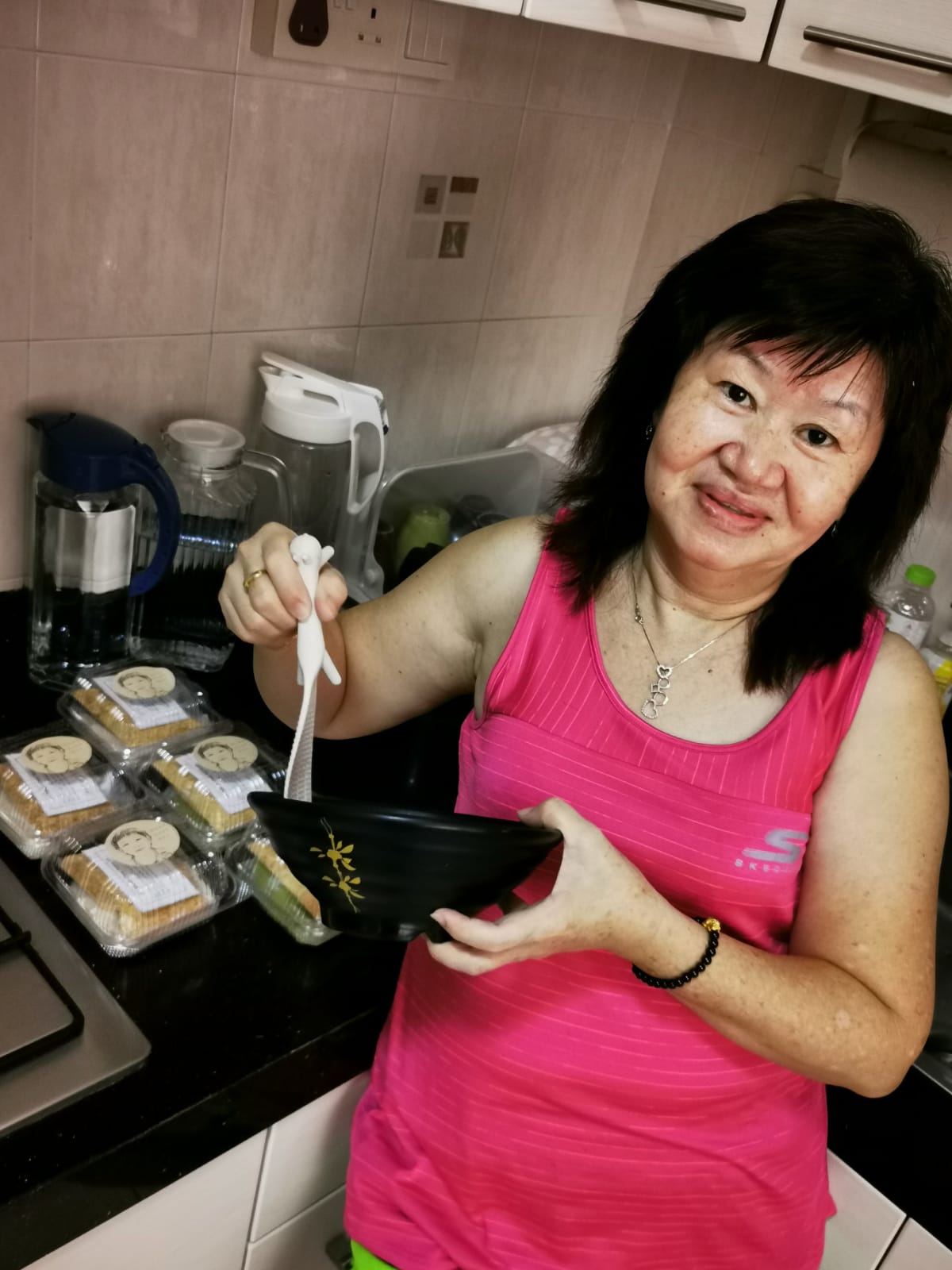 The chef is a 60-year old lady named Madam Goh Ka Hua. Together with her two daughters, the Chua sisters, they started their home-based business in mid-May this year.

Their muah chee cravings during the circuit breaker inspired them to make their own. Can you believe that prior to the business, Madam Goh never made muah chee before? When she first started, she referred to videos online but couldn’t get the consistency of the dough right. It was only after much tweaking that they found the golden ratio. And thank God, they did!

The brand name, Muah Chee Boy, is actually named after Madam Goh’s grandson, who loves his grandma’s muah chee to bits and pieces. That’s him on the box: 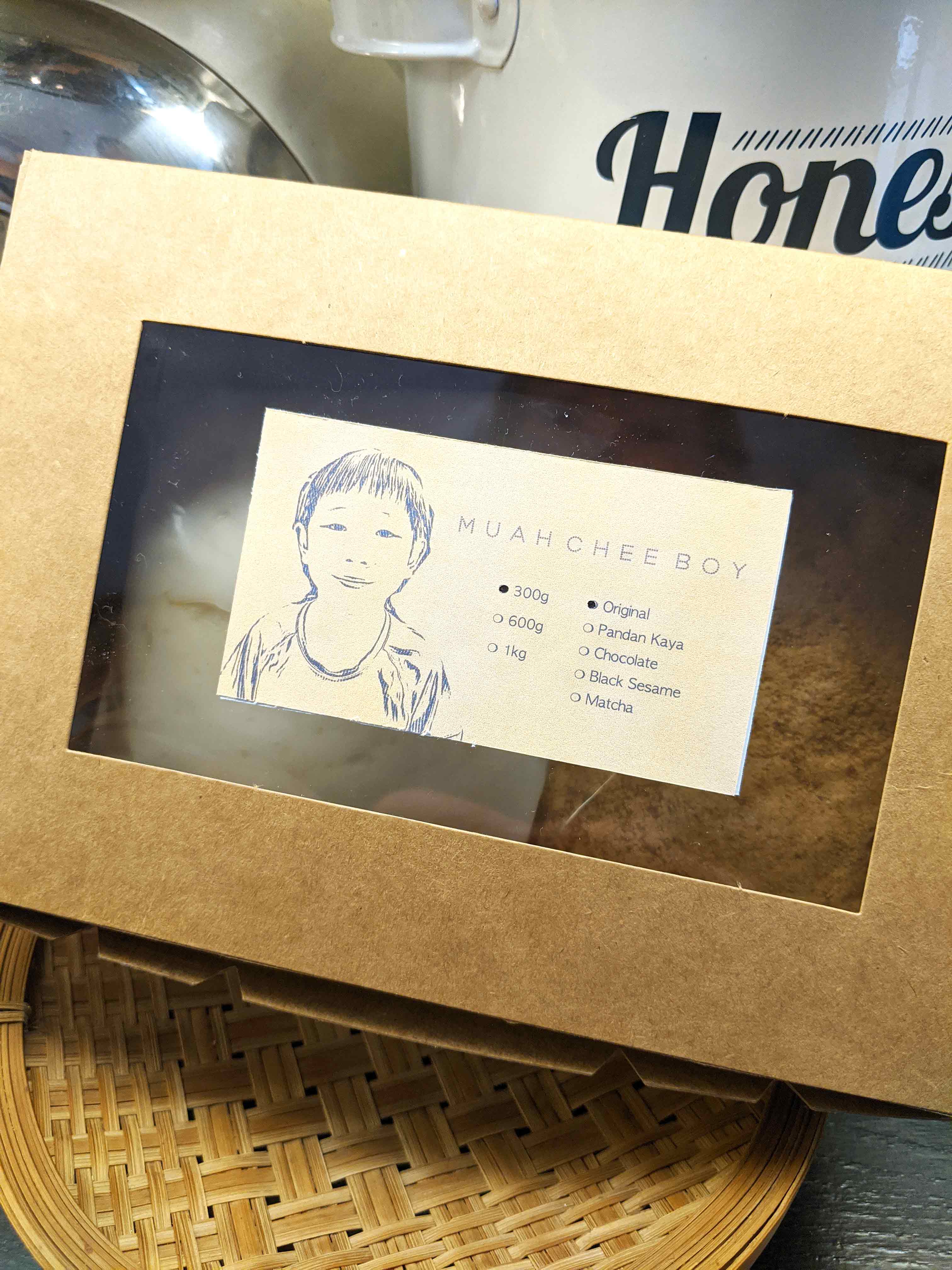 #2: WHAT ARE THE INGREDIENTS USED?

If you’re worried about a different taste, don’t. The roasted peanut topping will do enough justice to give you the yummy muah chee experience you’re looking for.

#3: CURRENT FLAVOURS AND UPCOMING ONES 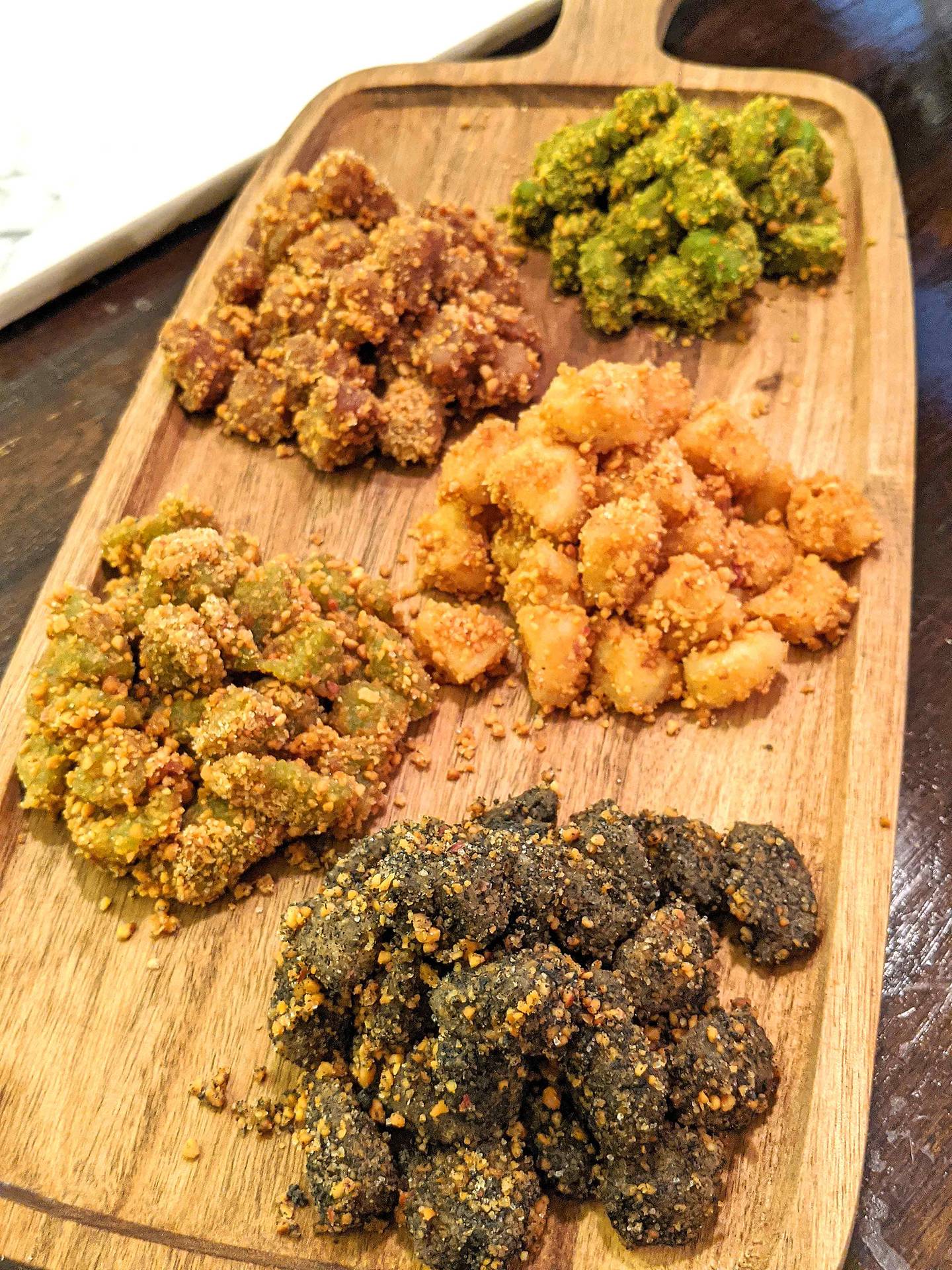 According to the Chua sisters, the Original, Pandan Kaya, and Black Sesame are their best-sellers. While their Chocolate flavour is popular among kids. In addition to the current offerings, you may look forward to a cheese-flavoured muah chee soon! It’s currently work-in-progress. 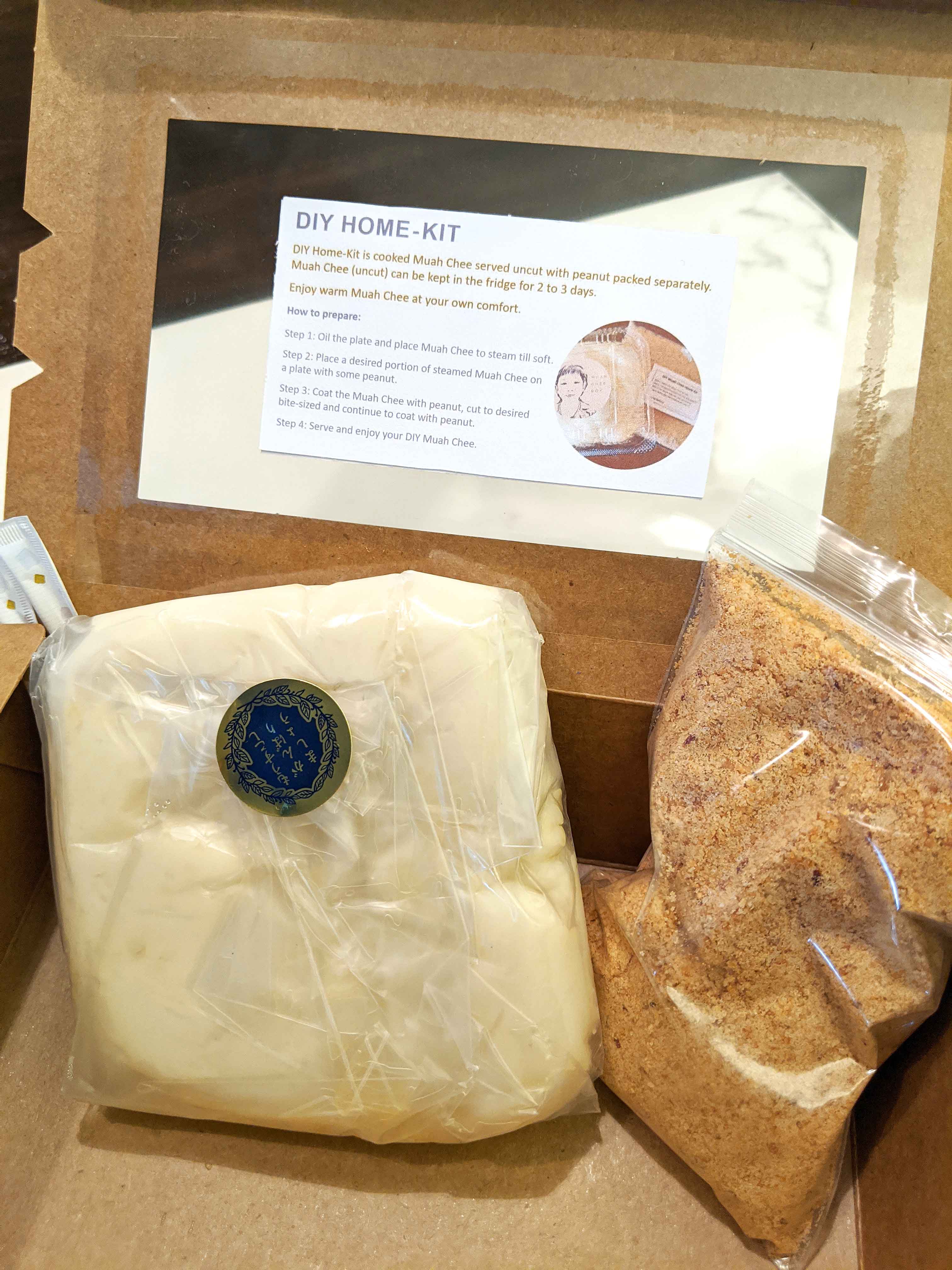 Muah Chee Boy also has a DIY home kit series from 12 SGD for 300g to 30 SGD for 1kg. This is great because you can store the muah chee in the fridge for up to three days. When you’re ready to eat, just cut out the portion you need and steam it for about 10 minutes. After that, pour yourself a generous portion of peanuts and snip it into bite-size goodness for the whole family!

Ready to place an order? Here’s a look at their full menu: 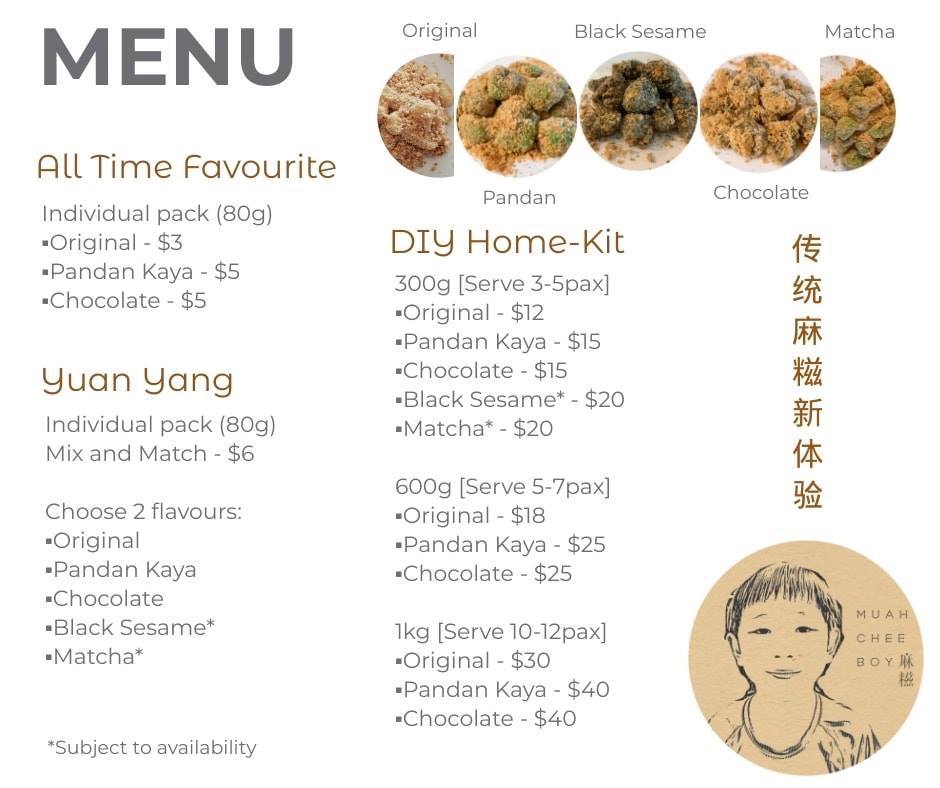