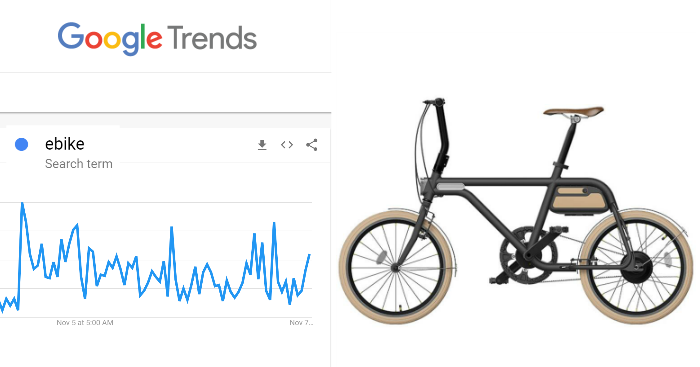 LTA has announced that from Nov 5, 2019, e-scooters have been banned from footpaths. You can only use them on park connectors and bicycle lanes.

The ban has hit food delivery riders hard especially when they use PMD to earn a living. Under the new rule, e-scooters are not allowed on footpaths. The ban will be progressively extended to other motorised PMDs by the first quarter of 2020. Bicycles, PMAs and non-motorised PMDs, such as manual kick-scooters, can be used on footpaths. From Jan 1, 2020, those caught riding an e-scooter on footpaths will be liable for a fine up to S$2,000 and/or jail up to three months.

This has affected over 7,000 PMD riders who use e-scooters to do food deliveries.

According to Google Trend, search queries for ‘eBikes‘, ‘Power-Assisted Bicycle‘ and ‘PAB’ have surged over the past few days from Nov 4, the same day after LTA announced the ban. 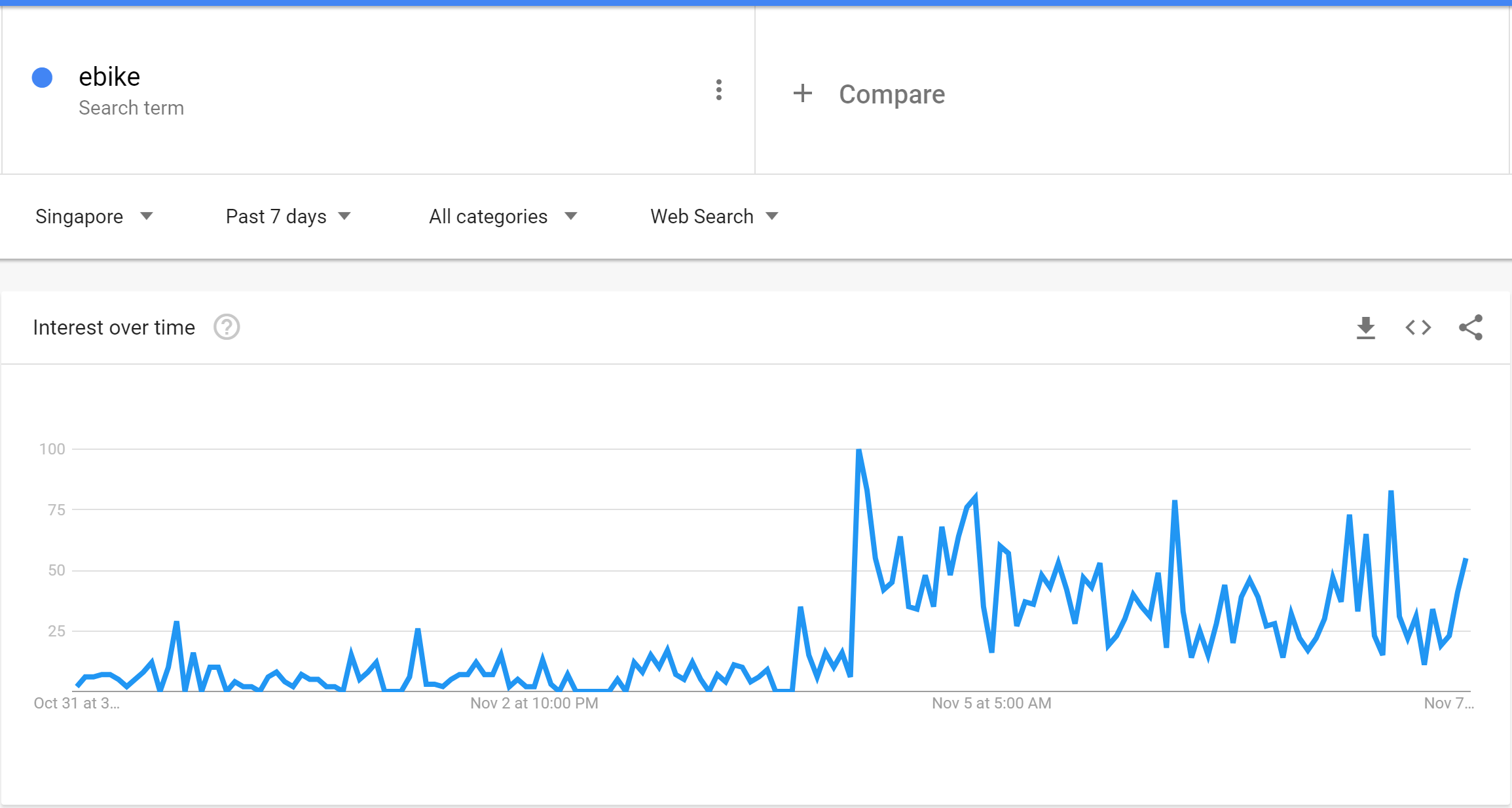 Power-Assisted Bicycle (PAB) are not allowed on footpaths but can be used on public roads. This has resulted in many trying to search for an alternative to PMD to carry on their job to earn a living.

According to LTA, you must be at least 16 years old to use a PAB.

For your safety and the safety of other road users, your PAB must meet the following technical requirements: 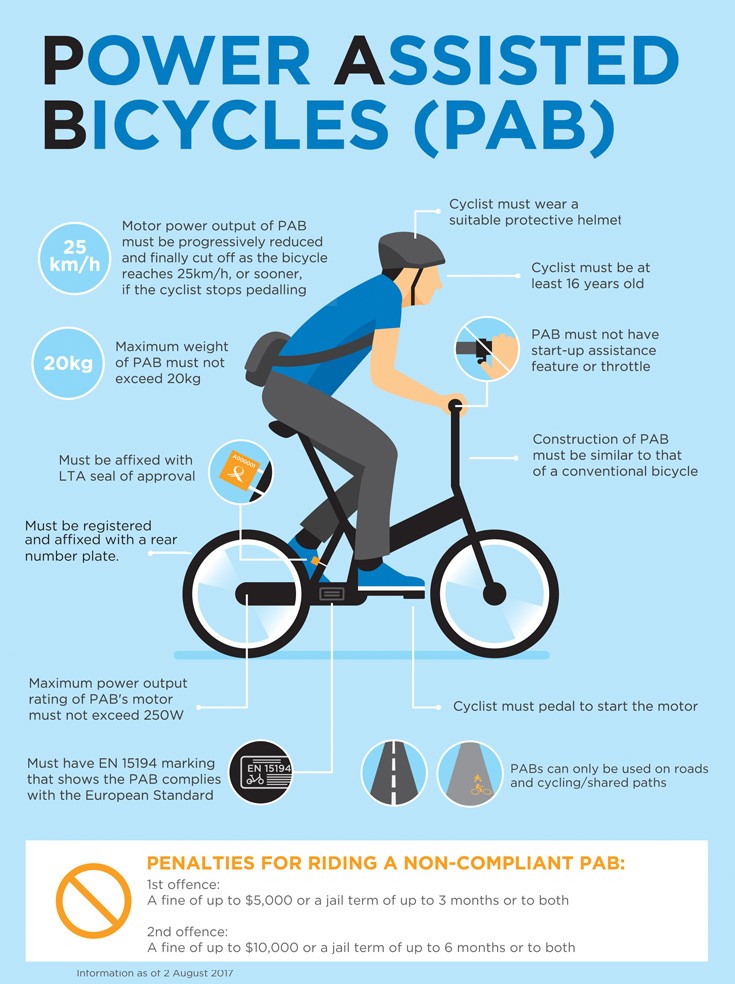 There is no list of approved eBikes on LTA website but here are a few that were tested and approved: 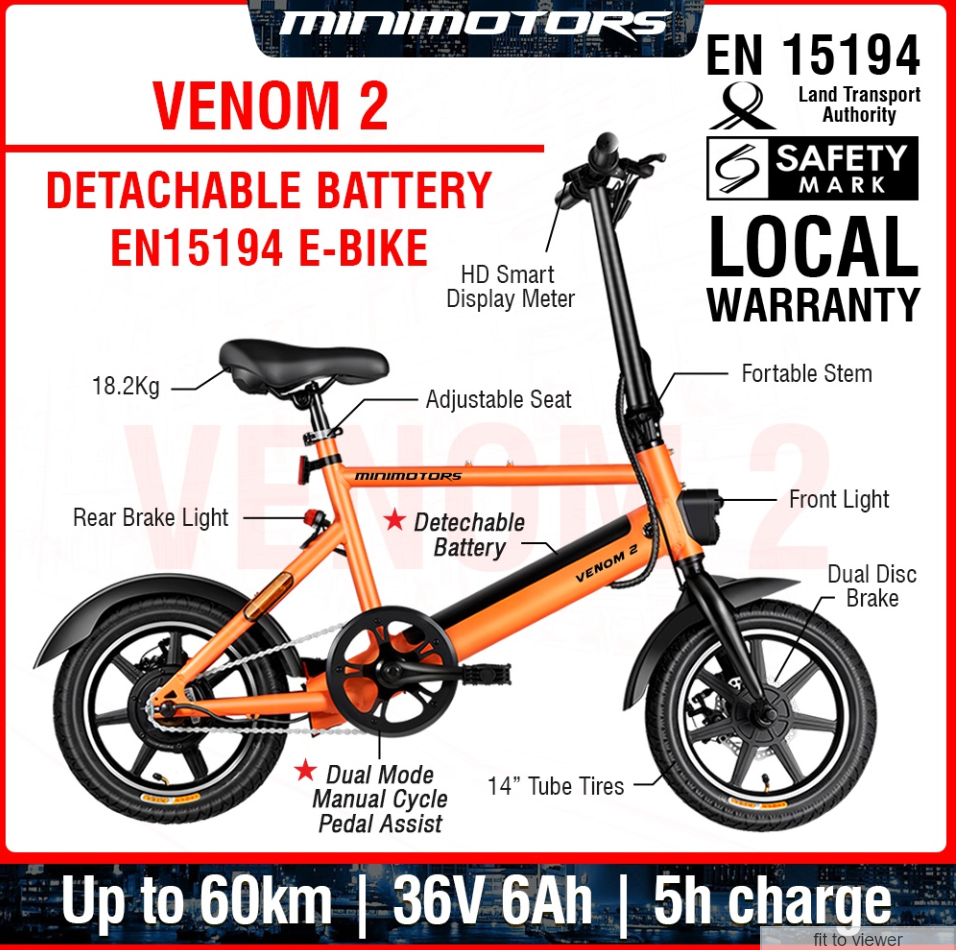 Register your eBike with LTA (from onemotering.com.sg)

To register or ride a PAB, you must be at least 16 years old. You must also wear protective gear when riding a PAB. If you fail to follow the guidelines when using your PAB, you may face penalties.

If you have purchased an unregistered PAB, you must get it type-approved and sealed and registered at an LTA-Authorised Inspection Centre before you can use it.

If you have purchased an unregistered PAB which already has an LTA orange seal, register your PAB online.

Once registered, affix a registration number plate on your PAB.

You may also transfer your PAB to another rider who meets the requirements.

If you are no longer using your PAB, you can also deregister it.