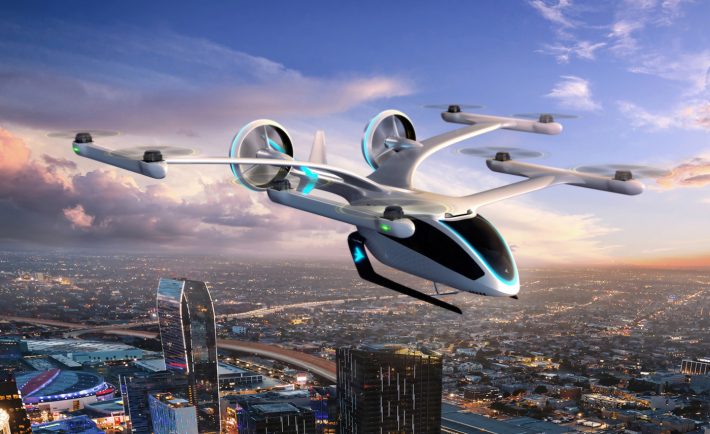 Electric vertical takeoff and landing (eVTOL) is the future of aviation and as an emerging market in the broader urban air mobility (UAM) industry, it has rightfully garnered the attention of investors around the world. Companies and firms, even government agencies, are pouring billions of dollars of investments into eVTOL every year. In 2020, despite the debilitating effect of the pandemic to the economy, developers have raised $1.3 billion in private investment.

The UAM market presents a global opportunity set to rake in hundreds of billions of dollars annually. The revenues that it will provide to air mobility operators will finance more vehicles, vertiports and others. All these works required to build new aircrafts and infrastructure will then generate thousands of job opportunities. In the United States alone, around 280,000 new jobs are expected to be created to meet the demand for manpower.

Moreover, reports to determine consumers’ willingness to get onboard electric air taxis are promising. Potential passengers in almost all age groups have expressed positive inclination towards urban aero mobility. This is vital information, as it indicates a universal consumer acceptance of eVTOLs by the time they are ready to take to the skies. It will also encourage investors to remain optimistic on the industry’s outlook and progress.

Areas of UAM Ecosystem to See Expanded Investment in 2021

Out of all the areas in the urban air mobility ecosystem, the ones that have received the largest amount of investment to date are the eVTOL companies making the actual aircraft. German air taxi developer Volocopter has recently closed a Series D fundraising round for VeloCity, bringing its total funds raised to $388 million. Fellow German eVTOL developer Lilium also secured more funding, acquiring about $275 million of investment in 2020.

Meanwhile, urban air mobility companies like Joby Aviation and Archer Aviation have raised more funding, around $1 billion each, through mergers with special purpose acquisition companies (SPACs). The entrance of SPACs into the space is one of the biggest investment trends being watched in the eVTOL sector. Many SPACs and other private investors are gearing to take advantage of the growing demand for public shares in electric vehicle companies.

Archer, for instance, has announced that it was going public with a SPAC called Atlas Crest investment Corp. Volocopter also has expressed interest in a SPAC merger, stating that it will be a good financing option for the industry with such large capital requirements involved. This year, most SPAC activity appears to be propelled by the potential in eVTOL companies, even if they are pre-revenue and will not generate returns some time soon.

As for Texas-based developer Astro Aerospace (OTC:ASDN), it has been revealed that it will be taking over Horizon Aircraft, a company based in Canada developing its own eVTOL. The transaction will reportedly close in the second quarter of 2021. Astro’s acquisition of Horizon is expected to cement its place as the leader in the global eVTOL market. The company is confident that its shareholders will see exponential growth in this next chapter.

While a big chunk of investments for eVTOL goes for the developers of the actual aircraft, this could change as investors start to recognize the potential value of other elements, such as batteries, infrastructures and other digital services. It is also anticipated that more private equity will increasingly go after segments necessary to enable air taxi operations, like vertiports and charging hubs.

For a vehicle as large as an eVTOL aircraft, a battery system that can power a high-voltage motor for the entire duration of the flight, including emergency reserve, is needed. eVTOL batteries require high levels of power to get off the ground and maintain control while on air. Cycle life is critical as any interrupted battery operations during a flight could have catastrophic consequences. Any battery to be used for eVTOLs must also be lightweight.

Manufacturers of electric air taxis have had problems with sourcing batteries at some point. But with recent advances in battery technology, this will turn to be a promising future market. United Kingdom-based company OXIS Energy has been making headway developing a lithium-sulfur battery designed for electric airplanes. HyPoint is another start-up deep into developing fuel cells ideal for air mobility uses.

Another element of the UAM ecosystem expected to see more private investments in 2021 is infrastructure. Vertiports, for instance, will be a crucial enabler for UAM. Currently, there are few regulations to exist for vertiport design and operations. In most cases, eVTOL developers have the responsibility of conducting initial feasibility studies on their proposed infrastructure, subject to approval of authorities like the Federal Aviation Administration (FAA).

Recently, a number of airports have announced plans to develop ground infrastructure for eVTOL aircrafts. These include Cologne Bonn and Dusseldorf Airports in Germany and Cranfield Airport in England. Flying taxi startup Lilium has also announced its plans to build a vertiport network at the Lake Nona community in Orlando, Florida. The German company will be working with Tavistock Development Company for the $25-million project.

In the future, most airports are expected to be the center of intermodal UAM. But until Congress and the civil aviation authorities like the FAA and the European Aviation Safety Agency (EASA) release a comprehensive guideline for UAM infrastructure, industry players will be flying blind. For now, eVTOL aircraft developers themselves have to come up with short and long term plans for vertiport integration, with help from aerodrome operators.

The recent UK Air mobility consortium and Paris urban air mobility initiative are big steps in exploring vehicle development, infrastructure requirements and regulatory challenges relevant to the introduction of eVTOL flights to their cities. Still, substantial investments are needed to prepare the existing ecosystem before regulators approve full operational roll out of the aircrafts.

While the eVTOL industry is working towards more development and acquiring certification in 2021, only time will tell. There will likely be more scrutiny as to whether air mobility companies are meeting the demanding timelines required for such ambitious commitments – most of them are looking at mid- to late 2020s deployment. Fortunately, investors are more than happy to fund numerous projects at the moment.

Why 2021 will be a fantastic year for eVTOL investors was last modified: March 18th, 2021 by MoneyDigest