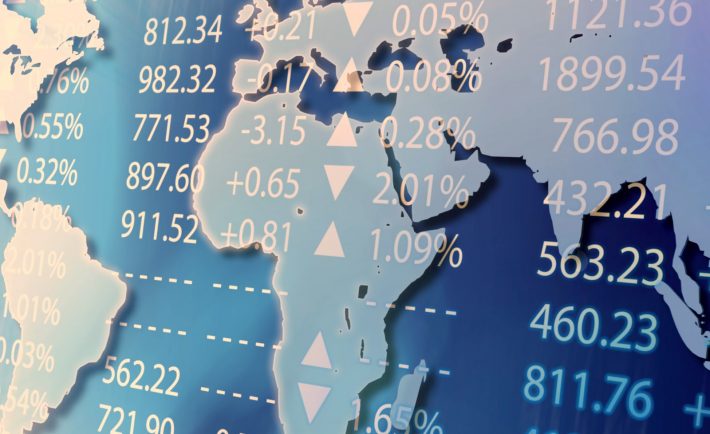 The trading of currencies on the open market serves many practical purposes. It enables individuals to purchase local coinage when visiting a different country or region. It allows governments to regulate the supply of money within their own economies. It also provides an opportunity for traders to realise a profit, simply by speculating on the price movements of different currency pairs. Each of these contributes to the vast size and scale of trading activity that occurs within the foreign exchange market every single day.

How big is the forex market?

The FOReign EXchange (forex) market is is the single largest financial market on the planet, when measured in daily trading volumes. Each day, around $5.3 trillion worth of currency is bought and sold on the open market. That equates to more than $220 billion of trading activity every hour.

The volume of forex trading far exceeds that of the bond market or the stock exchange – and even the economies of entire nations.

The New York stock exchange, for example, would have to trade for 30 days to match the single-day trading volume of the currency market. The combined annual GDP of Russia, Italy, and India is approximately equal to one day’s forex trading.

A brief history of forex trading

The trading of one currency for another is an ancient phenomenon, but the modern forex market truly emerged in 1971, with the completion of the Smithsonian Agreement.

The agreement allowed the central banks of ten major economies to buy, sell and issue currency in a way that would allow their money to fluctuate in value by 2.25 per cent against the US dollar. The Smithsonian Agreement is widely accepted as the first step towards the free floating exchange rates that we recognise today.

The proliferation of web-based technologies in the 1990s proved another significant milestone in shaping today’s forex markets. Access to the internet gave private individuals the means to not only access markets, but also the educational resources that would help them to understand forex, and how to start trading. Since the end of the 1990s, the number of forex trades that are executed through an online platform has grown exponentially: accounting for as much as 23 per cent of all forex activity by 2016.

Digital trading platforms have also eased the transition to an era of automated trading: where algorithms are used to calculate and execute trades far quicker than any human could hope to achieve. The forex market grew 20 per cent between 2007 and 2010 – and much of this expansion has been attributed to the development of high frequency, algorithmic trading machines.

Who are the big players?

This rapid expansion of the forex market has caused some of the established currencies and institutions to lose a degree of significance in recent history. Yet the biggest players in the foreign currency trade remain some of the more familiar names in the world of finance – for the time being, at least.

International banks dominate forex trading: the largest six banks account for half of all transactions; the top ten banks are responsible for more than 65 per cent of trades. Citigroup (13 per cent), JP Morgan, (9 per cent), UBS (9 per cent), and Deutsche Bank (8 per cent) are the four most active financial institutions in the forex market.

Where is forex traded? 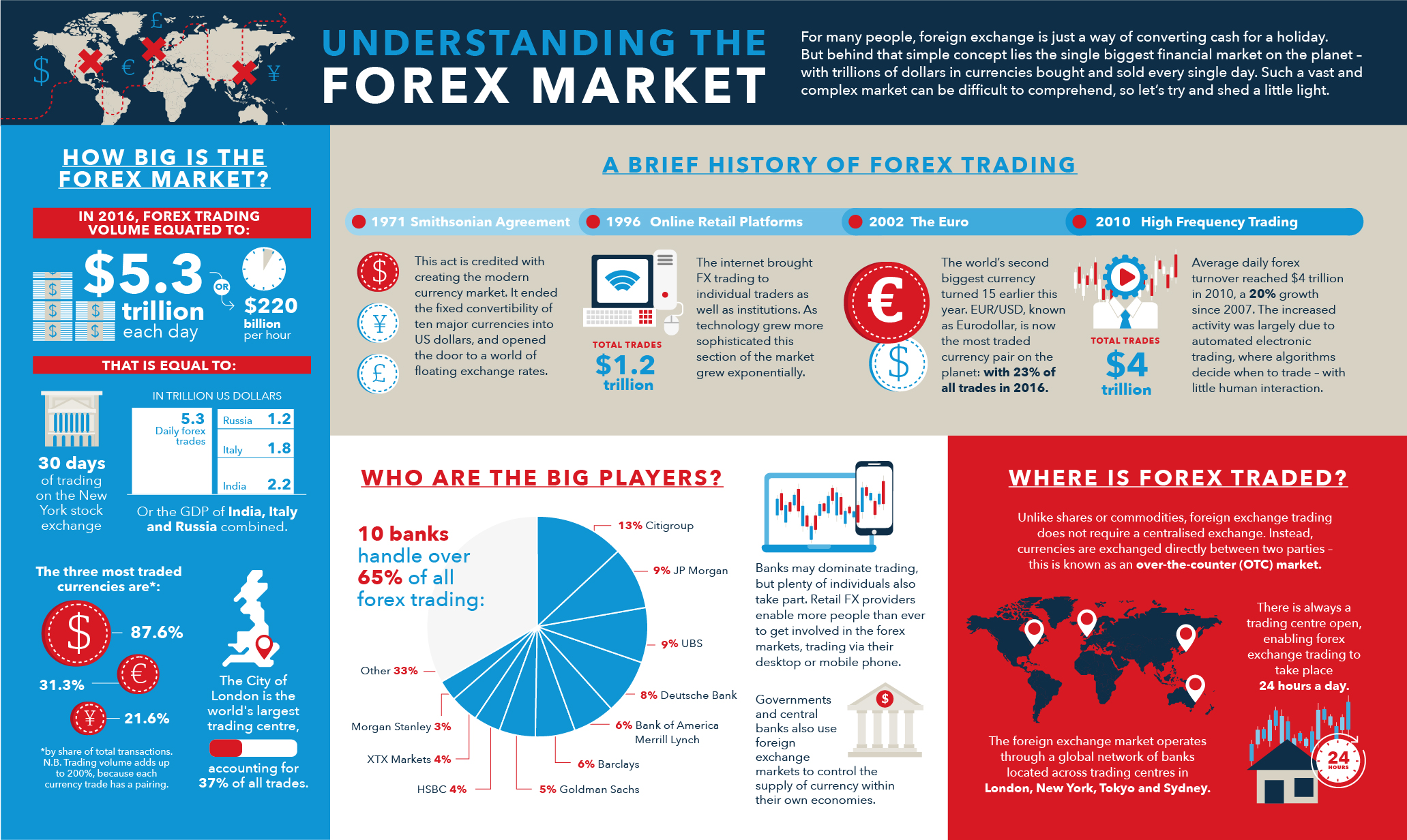 Forex is a truly global marketplace. Four major trading centres – in London, New York, Tokyo and Sydney – provide access to the currency markets 24 hours a day. Of these, London sees the highest trading volume, accounting for 37 per cent of all currency trades.

However, while the City of London is responsible for a high percentage of daily total trades, it does not regulate or control the market in any way. In fact, the trade in foreign currency is not facilitated by any single authority or centralised exchange at all. Instead, traders can buy or sell currency pairs directly with other traders in the market. This form of direct exchange is known as an over-the-counter (OTC) market. OTC trading is considered one of the primary factors in the growth of forex: independent investors can access and participate in the market from any location, at any time of the day or night.

The foreign currency market has undergone dramatic change, and experienced rapid growth, throughout the past five decades. It has adapted its role to make use of new technologies: permitting free-floating currency valuations, and enabling private individuals to participate in markets without having to leave their homes.

Today, the forex market continues to evolve, and represents one of the most open and democratic trading opportunities on the planet. But the buying and selling of world currencies represents more than an investment: it is helping to make efficient world trade a reality.