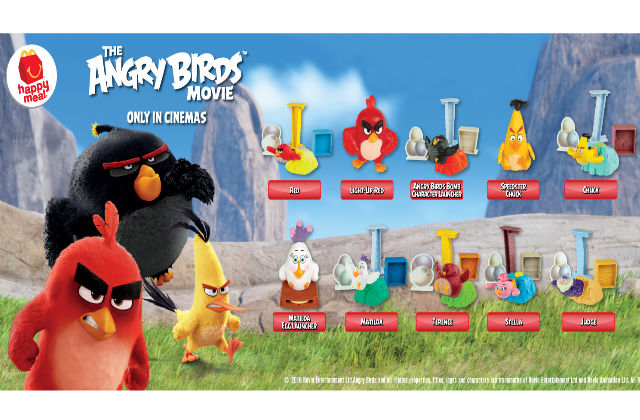 The Angry Birds Movie will soon debut at cinemas on 26 May.

Something exciting is coming right up

For those who have yet to get into the action, here’s a reason to get you all hyped up.

For a limited time only, Happy Meals will be packaged in a specially designed Angry Birds box and will include an Angry Birds collectible from 26 May. Each collectible is available free with every Happy Meal purchased in restaurants or via McDelivery and customers can look forward to two new designs every Thursday at 11am. 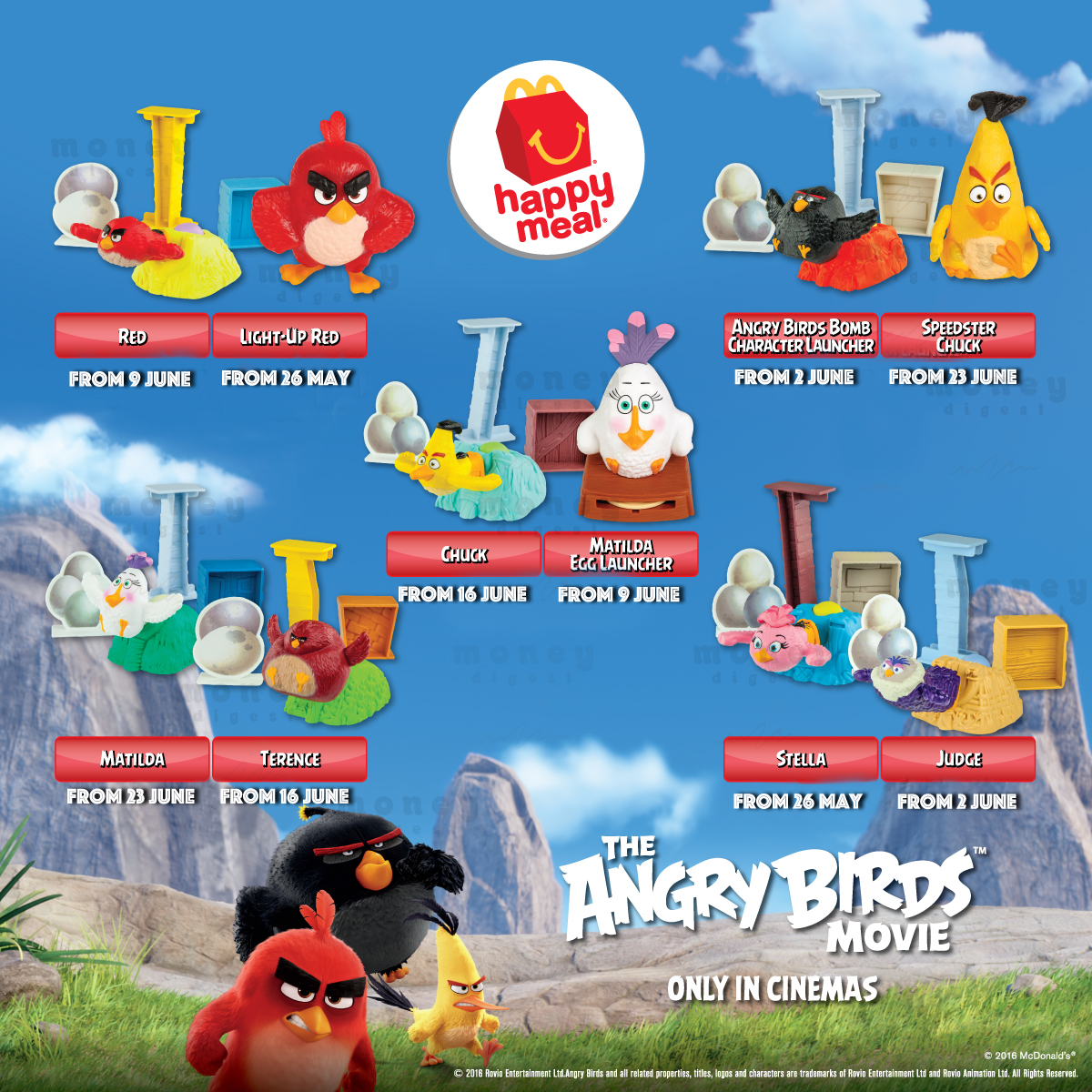 In addition, Rovio Entertainment has developed a Power-Up mini game exclusively for McDonald’s, where players can unlock special game modes and win Power-Up rewards in the Angry Birds mobile game app. For those who love taking selfies, the Angry Birds selfie camera function will give customers a chance to capture pictures of themselves with different Angry Birds characters that can be shared on social media.

Look out for the Angry Birds Action BirdCodes

McDonald’s will include scannable BirdCodes on various items. Scan them to unlock exclusive content. In addition, Rovio has tied up with different retailers by hiding secret Angry Birds Action BirdCodes on various products. In other countries, BirdCodes can be found on Angry Birds LEGO sets, H&M apparels, PEZ Candy Dispensers, Toy ‘R’ Us and more. Whether these will be brought over to Singapore remains uncertain.

Watch the video below for some idea on how it works:

Customers can also fully immerse themselves in the Angry Birds experience as selected McDonald’s restaurants in Singapore get an Angry Birds makeover.

Families also get to join in the fun with Angry Birds themed activities as well as meet-and-greet sessions with Red and Chuck at selected McDonald’s restaurants from 20 May to 11 June.

Share this exciting news with your friends and loved ones!