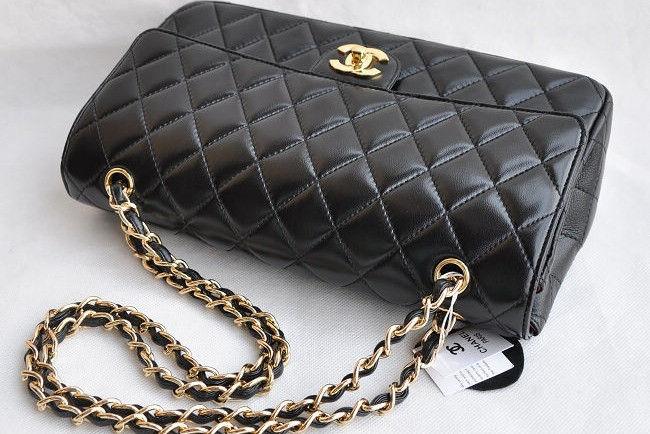 Chanel, the epitome of a classic elegance has one of the most coveted fashion pieces in the world. Chanel bags has not only turn the heads of many women, its timelessness has created an economic anomaly – the higher the price increase, the more sought after it would be. This is also known as as Veblen effect and it is not uncommon to see a huge desirability on luxury items such as a Hermes Birkin’s bag, Rolex and Patek Philippe’s watches performing better than the stocks in your portfolio.

You never actually own a Patek Philippe. You merely take care of it for the next generation.

Fans of Chanel always say: “The price of Chanel bags never drops.” and when Chanel announced that the price of the Chanel Boy and the Classic Flaps (11.12 and 2.55) will be revised downwards in Singapore, Hong Kong, China and few other countries, it has certainly sent mixed reaction to the public.

For the fashion aficionados in Singapore, this is good news because the once out-of-reach bag that cost two months of an average salary will now cost almost $1,000 cheaper than before. The Chanel Boy Medium will now cost $5,820 instead of $6,850 and Classic Flaps like the 11.12 and 2.55 will also be down to $6,660 instead of $7,550. In fact, shoppers have already been snapping up these pieces since last month when prices have already been adjusted.

What is exactly happening?

You might have guessed it. Chanel is trying to harmonize the price differences across of its three most iconic symbols in the market after the weakening of the Euro dollar. This move is essential to counter parallel re-sell markets. If one were to buy a Chanel Boy in Europe before April 8th, it would set her back approximately S$4,563 and since local boutique stores in Singapore is selling it at S$6,850 (about 30 per cent more expensive), it is not difficult to see many opportunists taking advantage of the price differential and profit from it.

This hurts the business not too much on the aspect of losing its share of profits to reseller but rather it compromises the exclusivity and image of the brand. If someone purchase a Chanel bag from the re-sellers, Chanel would not be provide the after-sale service if it was a counterfeit. Chanel also loses important market data since they have loses control of its own supply chain. This is why they hope that this adjustment will bring the prices within 10% differential across its market to discourage parallel resellers.

Check out the price guide for Chanel across different countries starting from 8 Apr 2015 below: 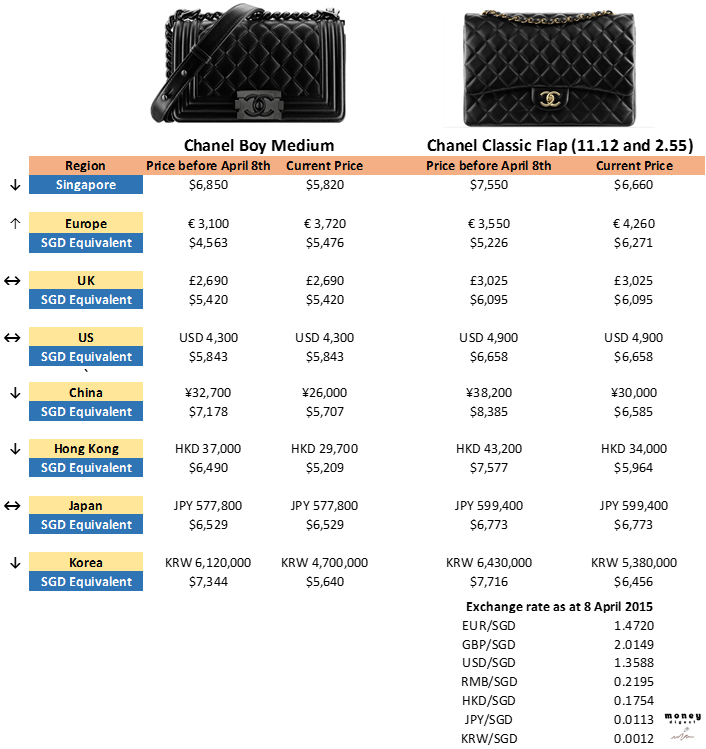 As you can see, it is still cheaper to purchase your Chanel bag in Europe and with a VAT-refund of 12 – 14% for NON-EU residents, it may well justify the cost of an air ticket to Europe.

The question you may ask is whether you should buy a Chanel with the recent price changes? 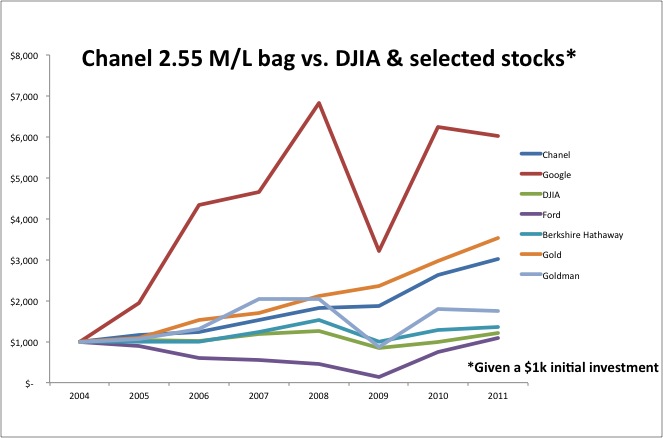 Ask any woman on the street and they will say: “Chanel usually increase the price of its bag twice a year and investing in one is always a home run.”

From the comparison chart above, this seems to be the case as you can see that the only stock that outperform a $1,000 invested in Chanel is only the tech giant Google and Gold commodity.

In the same time period, there are also a number of financial depressions such as the energy crisis in the 1970s, Asian Financial Crisis in 1997, Dot-com Bubble in 2000 and the subprime mortgage crisis in 2007-2009. It is astonishing to note that Chanel not only is able hold its price high, it has increased many folds even after taking into account of inflation.

Shouldn’t demand be depressed during an economic downturn? Why is the price still going higher and higher?

That’s because they can’t afford to. Chanel being a Veblen good can only increase price to increase demand. It’s limited stores worldwide and the fact that they never hold a sale creates an identity that you would usually associate with high-class, elite and exclusivity.

Let’s also not forget that nouveau riche Chinese would still keep the demand going, which allows Chanel to profit from a higher margin, making up the loss from subdued demand worldwide.

If you have the disposable income to hop onto the bandwagon, i don’t see what is holding you back besides your concerned partner.

Of course, if you have only just started joining the workforce, it may not be wise to throw two to three months of your paycheck into a bag no matter how much you lust for it. Always set up an emergency fund first so that you don’t wait impatiently for someone on Deluxemall or eBay to purchase your preloved Chanel bag.

Should You Buy A Chanel Bag After Its Price Decrease Today? was last modified: April 8th, 2015 by MoneyDigest