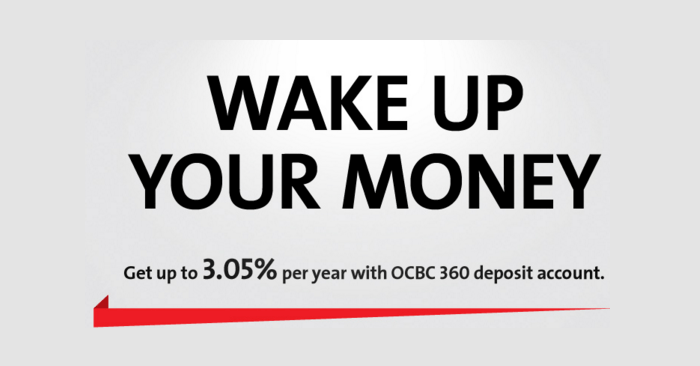 This is a contribution by Alison, who blogs at www.heartlandboy.com

Readers may be surprised that Heartland Boy is suggesting that an actual banking account, as opposed to some plain-vanilla fixed deposit schemes, offers the best fixed deposit rates in town currently. Ever since DBS launched its DBS Multiplier Programme with headline grabbing interest rates, it has forced its key competitors to react accordingly. As a result, this has spawned a new type of hybrid savings account which typically rewards account holders with significantly higher  interest rates than the moribund 0.05%. OCBC has its own OCBC 360 Account while UOB has its UOB One Account.  After comparing the various bank offerings, Heartland Boy chose the OCBC 360 Account as he thinks it offers the best fixed deposit rates amongst the local banks.

The bonus interest accumulates and pays when you do all of the above of any of the following. As an illustration, if you satisfy only criteria 1 and 2, you would still be eligible for 1.7% bonus interest per annum.

If you are unconvinced and still fret over the hassle of changing your monetary habits, Heartland Boy can assure you that once you have done it, it will become habitual eventually and you will thank yourself for having done so!

Heartland Boy is a young working adult who pretends to be competent in the real estate industry despite graduating with only a Business Management degree. He is a stickler for all things that represent value-for-money and has a particular weakness for his mum’s cooking. He is always thinking about how he can improve his financial literacy in order to achieve his financial independence.

View all articles by Heartland Boy