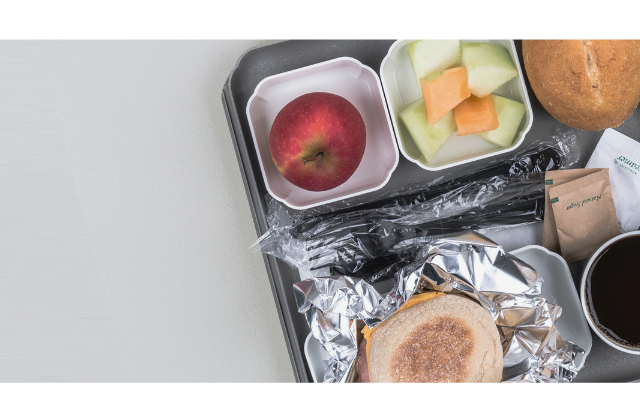 Travel search engine KAYAK.sg reveals the extent to which low-cost airlines are marking up prices

Singapore, 10 June 2016 – Travellers often expect to pay a little more than usual for snacks and drinks while flying on low-cost carriers, but new KAYAK.sg research reveals that some airlines are going overboard with mark-ups on the prices of snacks and drinks. For example, a simple cup of instant coffee costs, on average, 900% more up in the air than it would at a supermarket.

A cup of hot tea was revealed to be the worst offender. A single tea sachet can be bought in a supermarket for as little as six cents, but the mark-up for providing the same bag plus some boiling water while onboard is astonishing. Tigerair, Jetstar Asia and Scoot all charge S$4, while AirAsia charges a slightly more reasonable price of S$1.70 for a cup of tea, an average markup of 4,344%, compared to standard supermarket costs.

Breaking the bank for a sweet bite

Sky-high prices were also uncovered on everyday snack items; Scoot charges S$4 for a 40g chocolate bar – 74% higher than one would pay for the same item in a supermarket. A serving of cup noodles varies between S$2 and S$5 depending on the airline and brand, a mark-up of between 222% and 317% over the average supermarket price.

Cashing in on beverages

The price of alcoholic drinks on board is anything but relaxing. A small 330ml can of beer costs up to S$8 on low-cost carriers, compared to S$3 or under in most supermarkets. Interestingly, JetStar Asia, Tigerair and Scoot charge S$6, S$7 and S$8, respectively, for the same popular brand of Japanese beer, a mark-up of over S$160% on average, when compared to purchasing the same can at the supermarket.

Getting overboard with drinks prices

Even non-alcoholic drink prices are sure to give fliers a financial hangover. An identical bottle of water (330ml) costs up to S$4 on board compared to just S$1.40 at a supermarket, representing a 562% mark-up on average. A 330ml can of cola or a sports drink will also set travellers back; costing S$4 on each of the four major low-cost carriers flying from Singapore – a 433% mark-up, on average, over supermarket prices on the ground.

Debby Soo, KAYAK Vice President APAC said, “Low-cost carriers are providing a service when it comes to food and drink on board, which accounts for some of the mark-ups we see. However, it pays off to plan ahead and eat before you board, especially for short flights. Also, travellers should bring empty plastic bottles through security, into the boarding gates at Changi Airport, and then fill them up at the water fountains in order to stay hydrated economically while flying.”

Some of other largest mark-ups 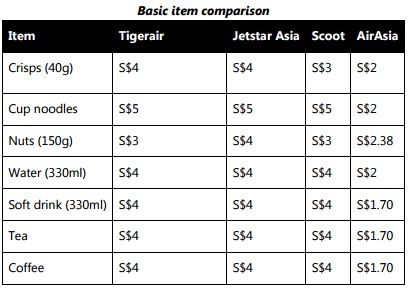 KAYAK.sg reveals sky-high prices of in-flight refreshments on board of low-cost carriers was last modified: June 14th, 2016 by MoneyDigest