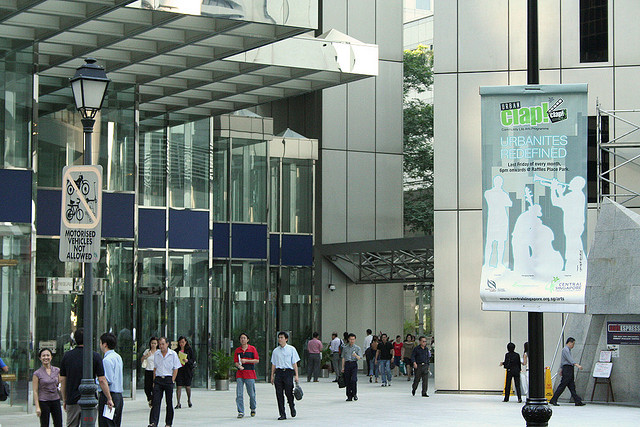 While banking and finance professionals are still struggling with a decline in demand, Singapore and the Philippines are likely to see some pick-up in 2016.

22nd DECEMBER 2015 – According to the latest Monster Employment Index (MEI), Singapore, Malaysia and Philippines experienced a drop in demand for banking professionals amid the volatile economic conditions in November.

Across the three markets surveyed by the Index, the Philippines reported the least year-over-year decline at -3%, down from October’s 25% year-over-year growth. This is the market’s first negative growth in three months and the steepest month-on-month decline registered among all markets.

The BFSI sector in Malaysia registered the steepest year-over-year decline at -24%, falling six times as much as October’s -4% decline. This is the sector’s third consecutive month of annual decline.

E-recruitment in Singapore’s BFSI sector experienced a slight drop between October and November, at -5% year-over-year. Despite this, the three-month growth rate for November has improved marginally by 3%, compared to 2% in October.

The MEI is a monthly gauge of online job hiring activity, which records the industries and occupations that show the highest and lowest growth in recruitment activity in Singapore, Malaysia and Philippines. 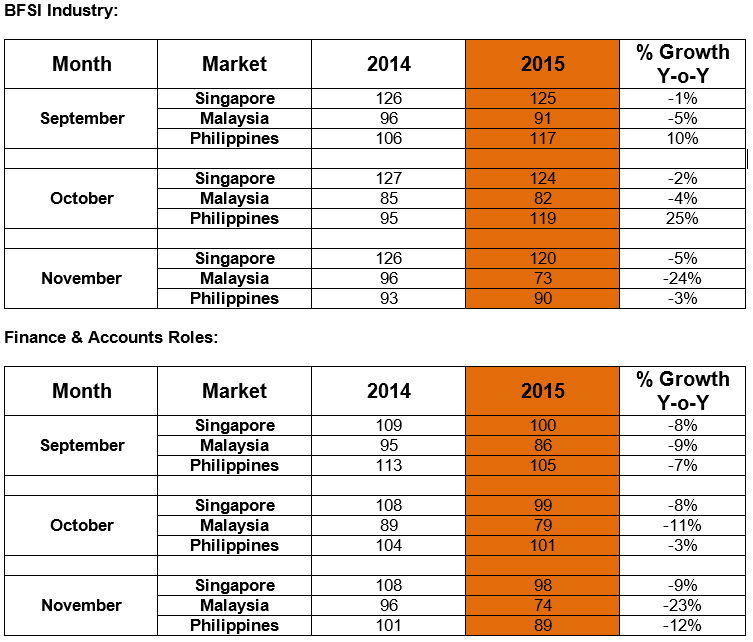 Recruitment trends in the BFSI sectors have also led to the sluggish demands for Finance professionals in the three markets. Despite the overall negative growth, Finance and Account roles are the top growth occupational groups in Malaysia and Philippines.

“While the demands for Finance professionals in the Singapore and Philippines markets appear to remain on the decline, Singapore’s vigilance to any potential economic risks and the Philippines’ strong economic fundamentals in its domestic systems should help see them through external threats.”

The Monster Employment Index is a monthly gauge of online job posting activity, based on a real-time review of millions of employer job opportunities culled from a large representative selection of career websites and online job listings. The Index does not reflect the trend of any one advertiser or source, but is an aggregate measure of the change in job listings across the industry.

See below for countrywide trends in Singapore, Malaysia and the Philippines for November 2015: 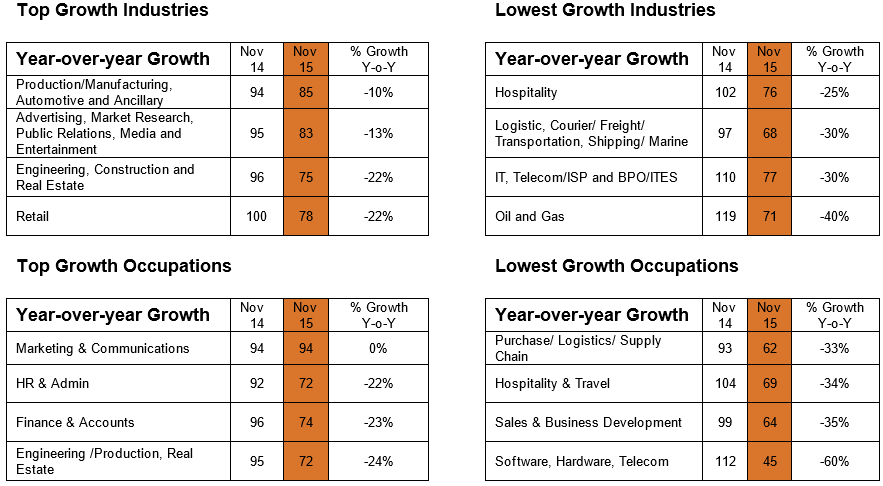 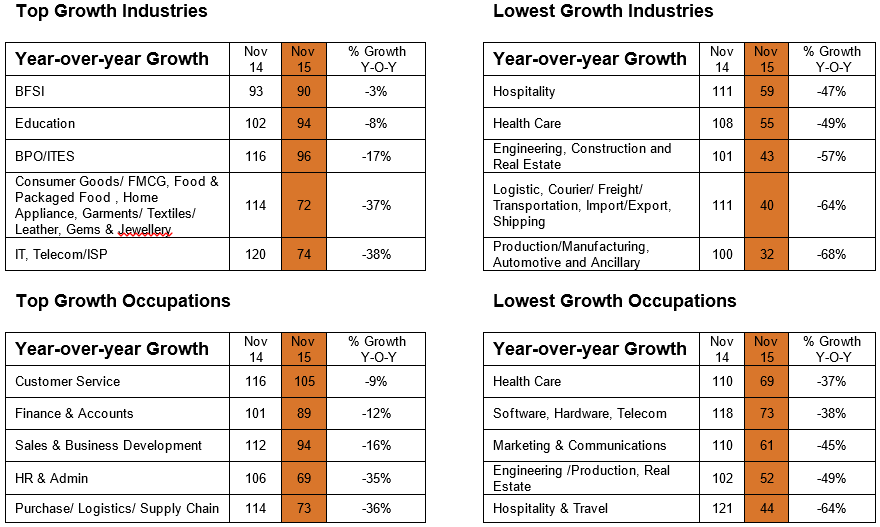 About the Monster Employment Index

The Monster Employment Index is a broad and comprehensive monthly analysis of online job posting activity in Singapore, Philippines and Malaysia conducted by Monster India. Based on a real-time review of millions of employer job opportunities culled from a large, representative selection of online career outlets, including Monster Singapore, Monster Philippines and Monster Malaysia, the Monster Employment Index presents a snapshot of employer online recruitment activity nationwide. Monster has taken due care in compiling and processing the data available from various sources for Monster Employment Index, but does not guarantee the accuracy, adequacy or completeness of any information and is not responsible for any errors or omissions or action / decision taken or for the results obtained from the use of such information. In the South East Asia region, Monster Employment Index was first launched in Singapore in May 2014 with data collected since January 2011 followed by Philippines and Malaysia in May 2015 with data collected since February 2014.