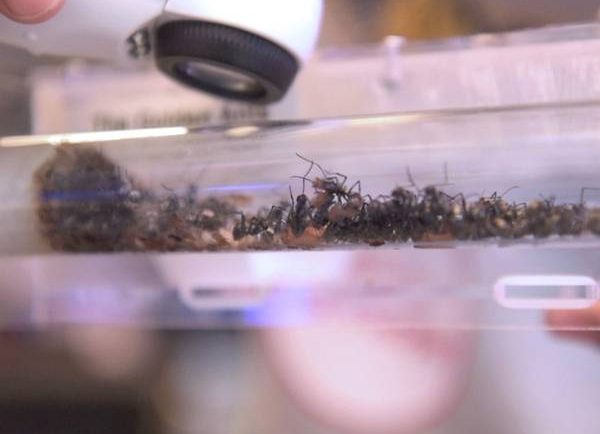 While the average person will press their fingers against ants to get rid of them once they come to sight, a 41-year-old started an ant shop in Singapore. Just Ants is the name of the shop with about 30 to 35 species of ants.

“It started from a hobby, a small hobby,” Mr John Ye said. “And then when I actually learned more about ants, I was mind-blown. I ventured deeper and deeper. So I thought to myself, why not start an ant shop in Singapore?”

A starter test-tube kit with a handful of ants for a beginner ant hobbyist is priced at about S$12. For an established colony of 20 to 30 ants, it’s selling at S$20. While for rare ants, it can go for up to S$60.

The owner’s love for ants 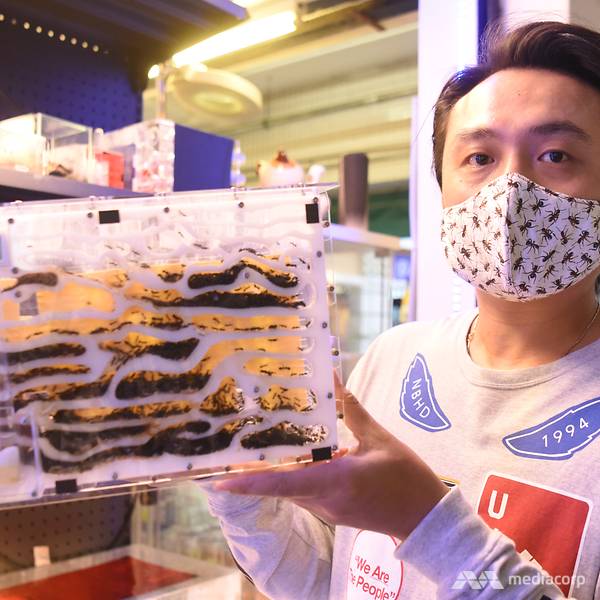 Don’t underestimate Mr Ye’s love for ants. It is that which prompted him to quit his job of distributing wholesale electronics to set up his shop in early 2019.

He even has a poem written about ants that’s framed up in his shop. “Why keep ants they say. They are not entirely pests I say,” it read. “Ant keeping can be a joy. A lot more fun than that boring toy.” 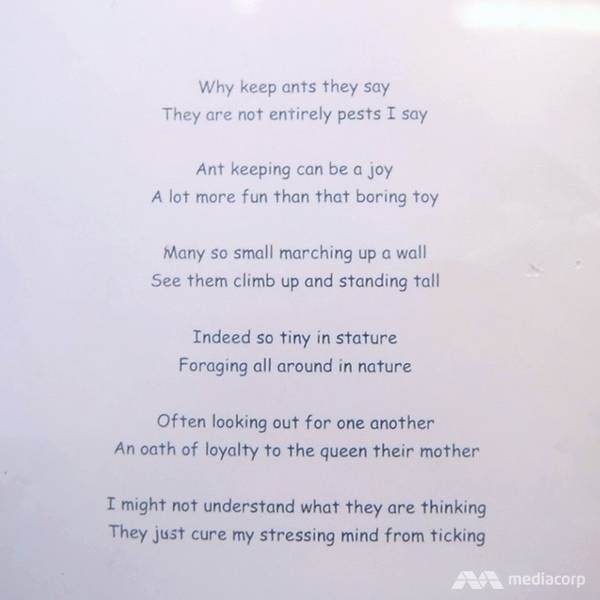 “It’s very therapeutic. My favourite part about keeping ants will be just looking at them, gazing at them… It calms my mind after a hard day at work. They really soothe my stress,” said Mr Ye.

“They are so adorable crawling around, grooming themselves, it just tickles me. Doing their daily stuff, their strategies, the characteristics, how they organise themselves so uniquely,” he added.

“I was watching some videos online. In Singapore, it’s fairly new, but in Canada, the United States, it’s quite a hobby. So there’s a very popular ant channel in Canada – he’s also a comedian – Mikey Bustos.”

“He started the trend back then, and he did a storyline for each ant colony. So every time you will (be like) – wah, what’s the second episode like?”

“We have more curious people – not ant-keepers – but (they’re) curious as to what we are doing.”

“We even have an uncle (who started with us). He’s 79-years-old. He bought a few colonies and he said he will spend hours observing them, taking pictures… He’s very cute because he will keep asking me, ‘you have any new ants?’ I say, ‘no more, all you have already’,” Mr Ye said.

In fact, schools and the Singapore Science Centre have approached him to talk about ants.

But it’s not always a pretty picture for the ant lover. He was doubted by friends and relatives with many wondering if he was in the right state of mind. When he first started, his wife even threatened to spray his ants with Baygon if they escaped from their enclosures. 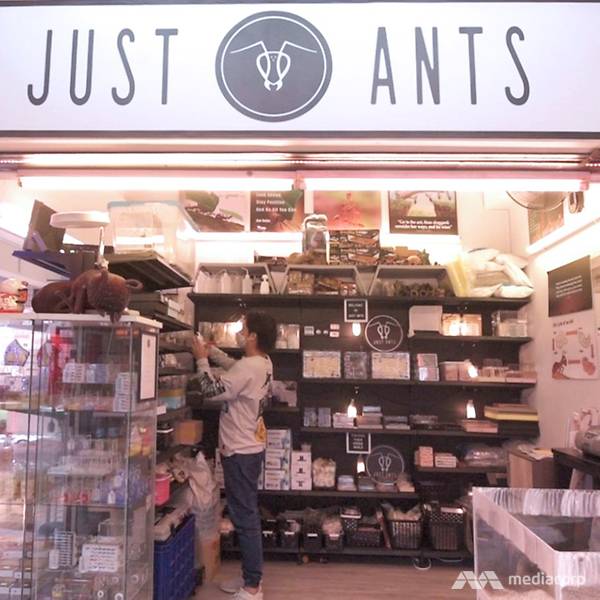 “I know it will not be very profitable like a full-time job as in the workforce, but as time goes by, we thought of, well, passion would be ultimately over profit. Of course, we are not earning as much (as) back then in the workforce, but slowly we found really little happiness in what we’re doing,” he said.

Ant shop in Singapore sells a handful of ants in a test-tube kit for about S$12 for ant hobbyists was last modified: August 23rd, 2020 by Celeste L.