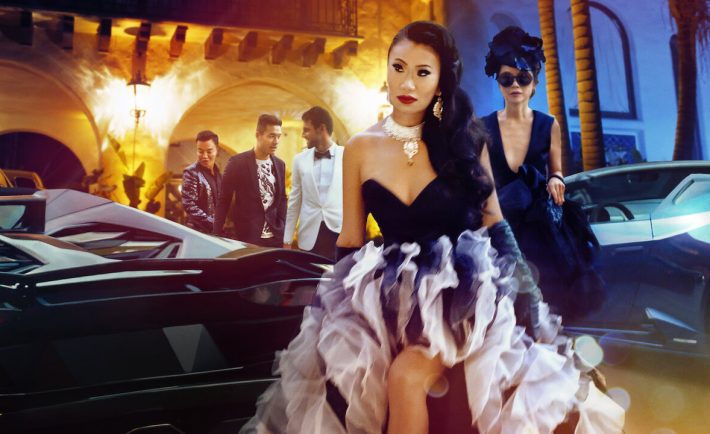 Bling Empire’s the rage right now. It’s probably one of the trending keywords in Singapore and among several other Asian communities. The new reality show by Netflix which aired on 15 January features the life stories of a group of rich Asians living in Los Angeles. This includes Kane Lim, a Singaporean cast member.

We read from an exclusive interview that Kane gathered his LA friends to form Bling Empire’s cast. Together with Kelly Mi Li, they were the ones who pitched the reality show idea to Jeff Jenkins. Jenkins is the producer who was in charge of Keeping Up With The Kardashians’ production.

There are already a couple of reviews on Bling Empire, so we will spare you from that. What we are keen on focusing on is not the way the rich flaunt their wealth. Instead, while watching the program, we had some meaningful realisations. Here are 12 that stuck with us while watching the first part (episodes 1 to 4).

#1: Less is more when it comes to jewellery

Do you agree with Christine that more is more when it comes to jewellery? Putting the wealthy mindset aside, we agree more with Coco Chanel that simplicity is the keynote of all true elegance. It’s also wise that you heed this advice, “Before you leave the house, look in the mirror and remove one accessory.”

This is some wise advice on the art of negotiation. While it may not work in every workplace or client discussion, if you can, take it from Kane to allow the other party to give you an offer first before closing the deal. This could even work for a new job’s salary negotiation if done wittily and correctly!

#3: Live life to its fullest

What a powerful reminder to have at the start of 2021. Everyone has their definition of what “fullest” means. No matter the intention, we think it’s essential that we live life within our means. Hold that swipe at the store if you think you won’t be able to clear that credit card bill at the end of its cycle.

#4: The right person will come along when it’s due 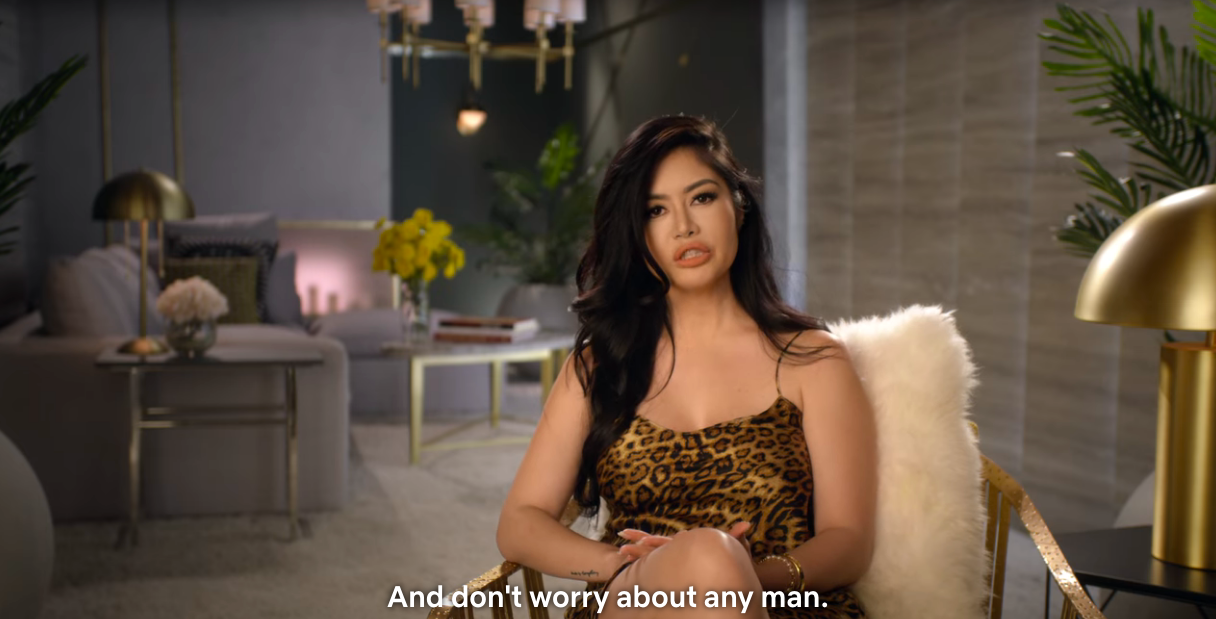 Kim shared in Bling Empire that her mum advocates the idea of working hard, being independent, and not worrying about any man. This is especially true for ladies (and gentlemen) who are worried about their love life. Focus on yourself first, and the right person will come to you when it’s due.

According to Cherie, caviar is a natural viagra for men. We researched and found that high-fat animal foods like caviar can help stimulate the production of sex hormones such as testosterone. Think you can afford some to boost your libido? Check out where to have premium caviar in Singapore.

Dr Bethany Marshall, the psychoanalyst who was featured during Kelly and Andrew’s therapy session, revealed an excellent point. That is, real change takes place slowly. While it’s good to be quick to forgive, remember that a person does not overturn their bad habits overnight. Be sure to give it some time before you reassess your relationships status and make the next move.

#7: Ability to control people with money

While discussing the topic of surrogacy, Christine’s husband, Dr Gabriel Chiu, commented that when it comes to using money to control people, it’s possible. What are your thoughts? Considering most of us being placed towards the end on a financial spectrum, would you gladly be governed by the rich using money as a weapon?

We’ve got to agree with Andrew that privacy is necessary for a relationship. Oversharing your relationship issues can stir up troubles, especially if your partner is one that values privacy. Kane shared in an episode about Kelly’s sex life with Andrew and Kevin. As Ryan Howes, a psychologist in Pasadena, California, rightly points out, “Without consent, discussing the specifics of your sex life should be a no-no.”

#9: Be respectful as a house guest

With the approaching Chinese New Year, there’s no better time than now to remind yourself to be respectful when home visiting. Kim and Guy are the exact opposite of who you should be – walking into Anna’s bedroom and shower and then invading her privacy by throwing a penis pump out of her house window in front of other guests.

#10: Apologies has its limits

Kevin decided to be the bigger person and apologise because Kim felt no remorse in her actions. Though it’s praiseworthy to be the person apologising when it seems like you’re not at fault, sometimes it’s better to let the situation cool before relooking into it again. This is to prevent similar problems from happening again.

It takes courage to look back on one’s life and make a comment as Anna did. In episode four, Anna revealed that though she had four marriages and then divorced following, it was good. No, we’re not backing that divorce is the only way out for problematic relationships, but more of seeing the good in the past while moving on to the next chapter in life. All things happen for a reason!

Did the abovementioned realisations speak to you? Watch it on Nextflix if you’re keen! Meanwhile, please excuse us as we continue with the second half of Bling Empire for more life takeaways.

11 realisations we had while watching the first part of Bling Empire was last modified: January 24th, 2021 by Celeste L.