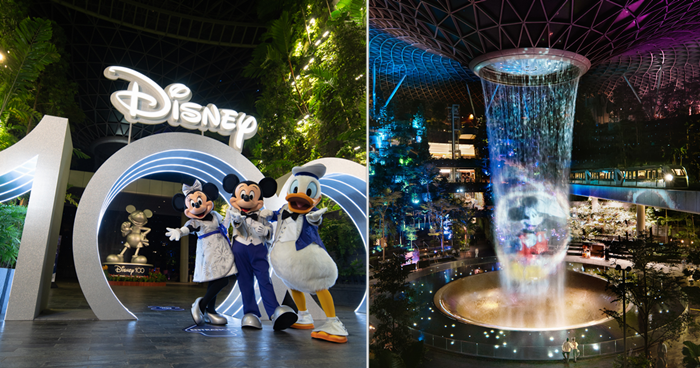 Disney fans, check this out. Jewel Changi Airport (Jewel) has launched a range of Disney-themed activities to pay tribute to nearly 100 years of iconic storytelling from The Walt Disney Company.

Enjoy spectacular displays and experience wonders featuring some of Disney’s most beloved characters.

Fans can also shop for Disney merchandise and collectibles at Disney-themed Year of the Rabbit Tsum Tsum pop-up store located at level B1 (#B1-219/220). 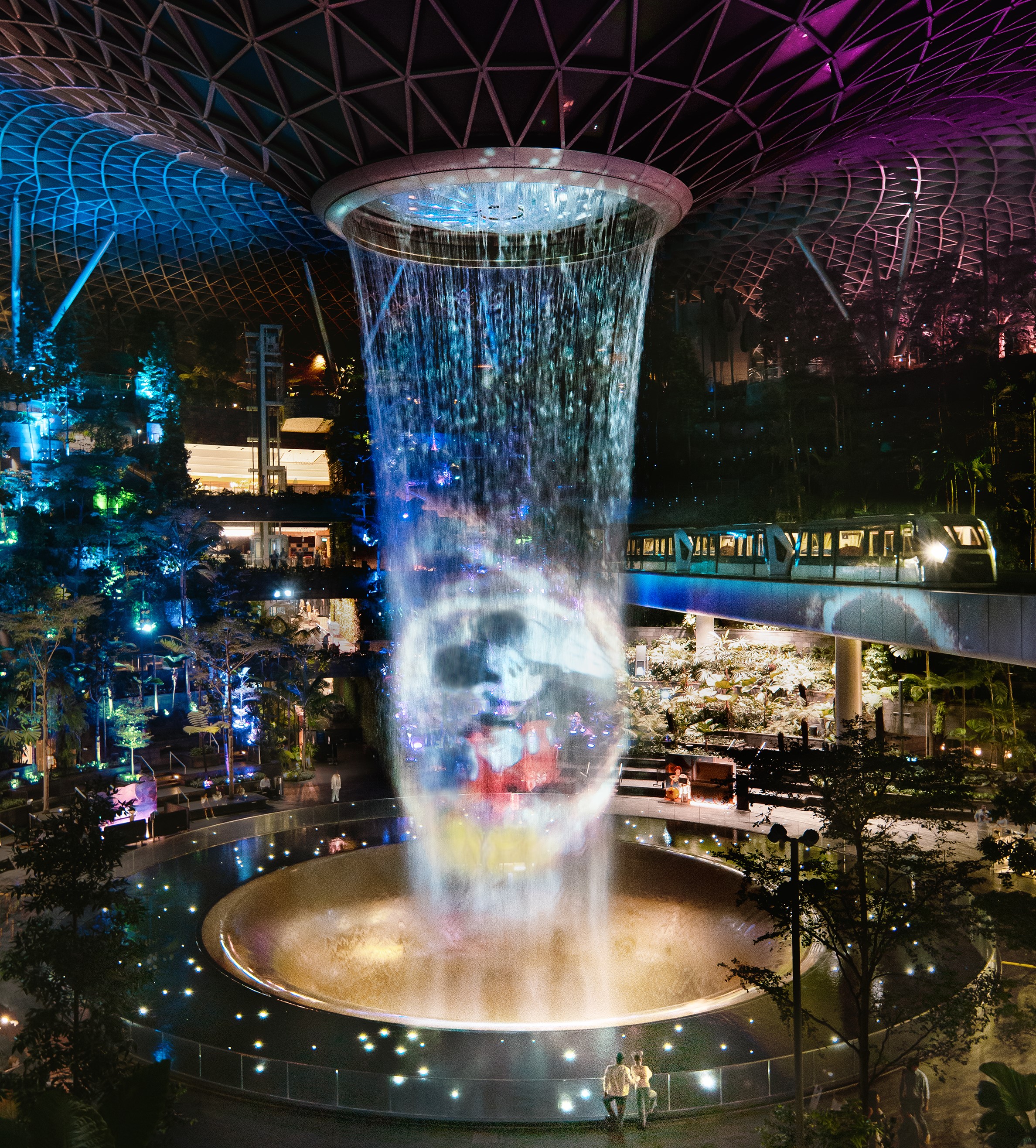 Be enthralled by the new Disney100 Light & Sound show featuring a plethora of characters from  iconic Disney films over the century.

Exclusively for the launch weekend from 13 to 15 January, catch an extended version of the show at 7.30pm where fans can sing along to favourite classics like When You Wish Upon A Star, A Whole New World and You’ve Got A Friend In Me while feeling the exhilaration of traversing through Portals from Avengers: Endgame. As part of the 7.30pm showcase, there will also be a special performance with appearances by well-loved friends from Disney so come join us a  for a surprise at every turn!

Step through the Disney100 archway and emerge in front of a 4-metre-tall platinum statue of Mickey Mouse. Explore exclusive Disney-themed photo spots only on display in Singapore at Shiseido Forest Valley. Inspired by scenes from Disney, Pixar, Marvel and Star Wars movies, these interactive photo spots at the Shiseido Forest Valley and Canopy Park are sure to bring back fond memories all while capturing new ones!

In collaboration with the Singapore Tourism Board (STB), four other photo spots have also been created with a local twist. Discover interesting elements of Singapore combined with intriguing features from some of Disney’s films such as Singapore’s national flower, Vanda Miss Joaquim, with the flowers seen in Encanto, as well as images of the red pandas residing in River Wonders with Turning Red, and more. 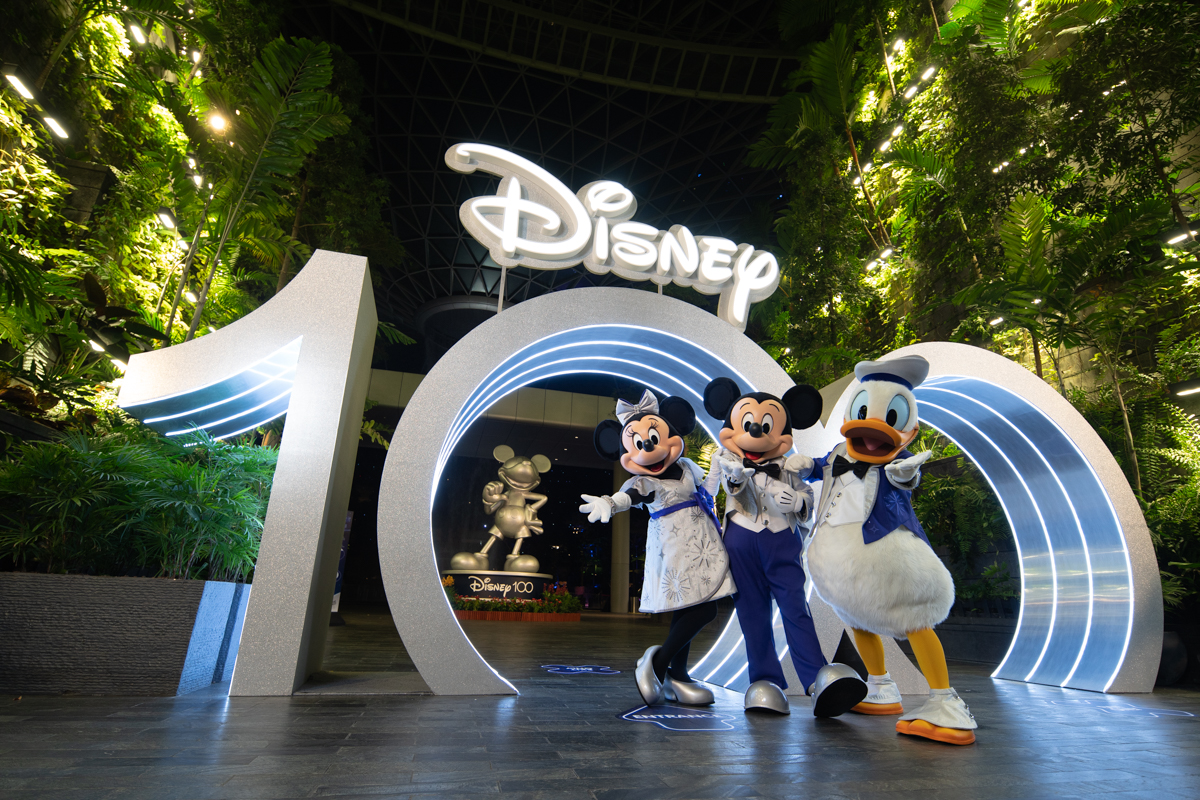 As part of their launch celebrations, some well-loved Disney friends will be stopping by Jewel for a special meet & greet!* Join them at these times to say hi and create some picture-perfect memories with your loved ones.

What better way to immerse yourself in the celebration than to come dressed in outfits inspired by your favourite Disneycharacter! From 13 – 15 January 2023, visit Jewel all dressed in your best Disney-inspired outfit to be granted free admission into Canopy Park* 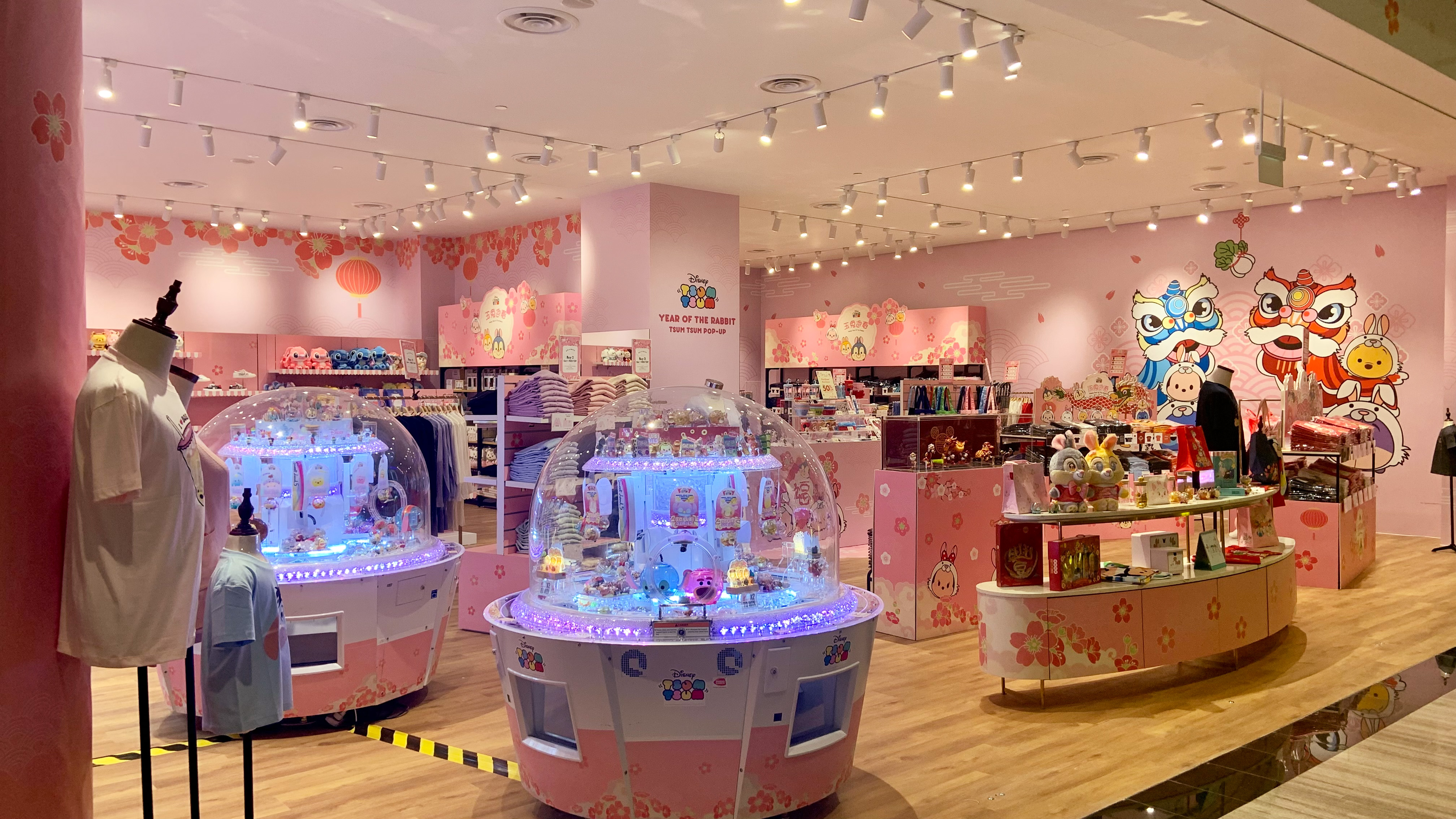 Disney fans rejoice as you shop to your hearts’ content in the Disney-themed Year of the Rabbit Tsum Tsum pop-up store, on level B1 (#B1-219/220). The Disney-themed pop-up store at Jewel, one of the largest in Singapore, will offer merchandise such as toys, stationery, apparel, homeware and more.

From 1 March 2023 onwards, the retail pop-up will be transformed into The Wonder Store which will feature Disney100-themed merchandise, with a wide assortment across Disney, Pixar, Marvel and Star Wars.

Apart from the pop-up store, select stores all around Jewel will also be retailing Disney-inspired merchandise including apparel, footwear, jewellery, leather goods and stationery.