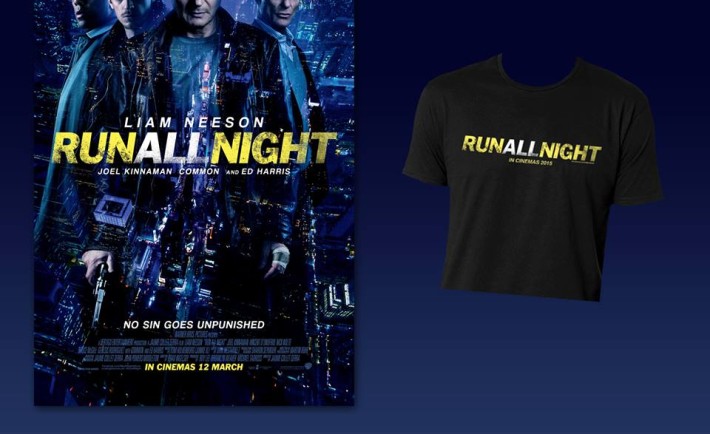 Stand a chance to win a Run All Night T-Shirt by Cathay Cineplexes.